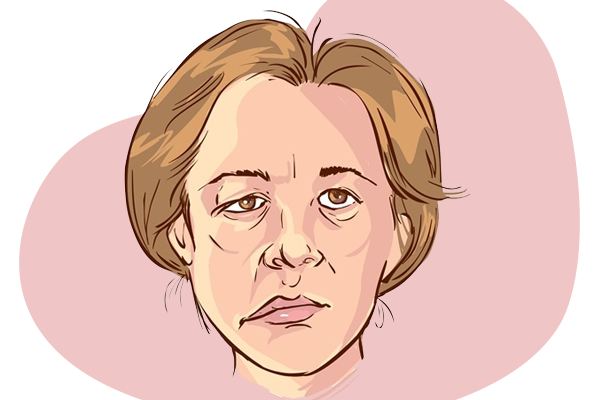 What Is Bell's Palsy?

Bell's palsy is a medical term that defines temporary facial paralysis or weakness on one side of the face. It is also known as idiopathic facial palsy and results in dysfunctioning of the facial nerve(cranial nerve VII). Consequently, it results in a temporary weakness or paralysis of the facial muscles, causing difficulty in blinking, smiling, and other facial expressions.

Everything that includes facial nerves gets affected, such as impulses to the tear glands, saliva glands, and the muscles of a small bone in the middle of the ears. The nerves are also responsible for transmitting taste sensations from the tongue.

Even though Bell's palsy is the most common cause of facial paralysis, the specific reason behind it is still unknown. Usually, these disorders affect only half of the face, but they may affect both sides only in rare conditions.

The symptoms of Bell's palsy start to originate within 48 to 72 hours and usually start to improve after a few weeks or within six months with the recovery of some or all facial functions.

What Is The Leading Symptom Of Bell Palsy?

In case you experience any paralysis because of a stroke, seek medical help. Bell's palsy doesn't need to be caused by a stroke, but it can cause similar symptoms.

Consult your doctor in case of any weakness or any underlying cause and severity of the illness.

Coming to the next point, the causes of Bell's palsy occur.

What Is The Main Cause Of Bell's Palsy?

The Bell's palsy causes are still not known. But in most of its cases, swelling, inflammation in the nerves, or viral infection has been noticed. Some of the infection may result in swelling of facial nerves and consequently becomes inflamed in reaction to the infection. As a result, it creates pressure within the Fallopian canal(it is a bony canal through which the nerves travel to the side of the face) and restricts the supply of blood and oxygen to the nerves.

While in some mild cases, the damage is caused only to the myelin sheath(the fatty covering that acts as insulation of nerve fibers), which recovers on its own.

Apart from these, other viral infections may contribute to the occurrence of Bell's palsy, such as:-

Who Is At Risk For Bell's Palsy?

What Are The Long-Term Side Effects Of Bell's Palsy?

In case of mild Bell's palsy, the symptoms may disappear within a month, but for severe cases, it may lead to total paralysis varies and includes further complications, such as:-

How Does A Doctor Diagnose Bell's Palsy?

There are no specific tests that determine the surety of having Bell's palsy. In fact, doctors diagnose Bell's palsy by examining other conditions that have been ruled out. The doctor calls it a "diagnosis of exclusion".

The doctor may go for a physical examination asking about the patient's symptoms, including when they occurred or when they noticed it for the first time.

The doctor may also examine the patient's facial muscle movement by asking to close the eyes, lifting eyebrows, showing teeth and frowning, and others.

Such complications may also occur due to other conditions, such as stroke, infection, Lyme disease, and tumors. Therefore, the doctor may also recommend other medical tests, such as:-

What Is The Treatment For Facial Nerve Palsy?

Many patients recover from Bell's palsy with or without treatment. Based on the cause of the medical condition, the doctor will treat the patient accordingly. In some cases, the patient needs medication, physical therapy, or surgery.

Medicines For Bell's Palsy: Here are the category of some commonly used medicines, such as:-

Even so, the combination of valacyclovir (Valtrex) or acyclovir (Zovirax) is sometimes preferred with prednisone in people who have severe facial palsy.

Other therapies, such as facial massage or acupuncture, may show a slight improvement in facial nerve function and pain.

Surgery: Most of the surgeries are either controversial or involve a high risk of damaging other parts of the brain. The fundamental reason to perform surgeries is to put pressure on the facial nerves in their normal condition.

Some surgeries help reduce pressure on the nerves, such as decompression surgery for Bell's palsy, which is controversial and seldom recommended. But it is not recommended because of the complications associated with it, such as facial nerve injury or permanent hearing loss.

Another rare one is cosmetic or reconstructive surgery that reduces deformities and improves some damages, such as eyelids that are not fully closed or a crooked smile.

In rare cases, some plastic surgeries might be needed to correct lasting facial nerve problems that help the face look good. Such surgeries include eyebrow lift, eyelid lift, facial implants, and nerve grafts. Out of these, some procedures need to be repeated after some years, such as eyebrow lift.

What Can You Do In The Meantime?

In case you start to experience facial pain, consume over-the-counter pain relievers, such as Aspirin, ibuprofen (Advil, Motrin IB, others), or acetaminophen (Tylenol), etc. You can also apply moist heat to get relief from pain, such as putting a clean soaked cloth in warm water on your face several times.

You may feel difficulty closing your eyes completely; therefore, you can use your finger to close your eye repeatedly throughout the day, use lubricating eye drops, wear eyeglass to protect your eye during the day, and may use eye patches at night.