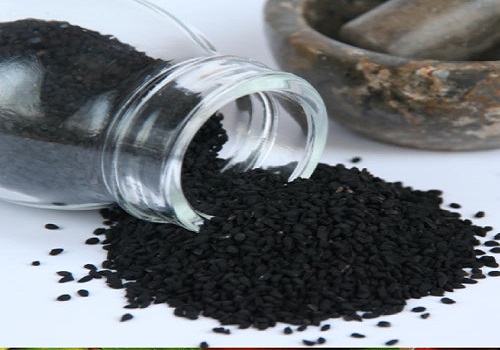 Black seed, also known as Nigella Sativa belongs to the family Ranunculaceae and it is considered to be a medicinal herb that is commonly used for the treatment of various health problems that are associated with the respiratory system, immune system, digestive system, cardiovascular system, and overall general health.

Generally, black seeds are used as a spice and carminative, but it also possesses various properties that have positive effects towards the health of a person such as liver tonics, diuretics, digestive, appetite stimulant, anti-bacterial and many other. The black seed oil contains many active ingredients that have a positive impact on the treatment and prevention of different health problems such as flavonoids, fatty acid, alkaloids, and thymoquinone. Thymoquinone is one active medical ingredient which is present in abundance. Apart from the active medical ingredients, three primary nutrients that make black seeds as an herbal seed include:

Also Read: Zest up your health with Cinnamon!

The blacks seeds have a positive impact on the treatment of various health conditions and here is the list of some of the conditions that can be improved with the help of black seeds:

The airways of asthma patient are hyper-responsiveness which means that the muscles that encircle airways respond more quickly to small allergens and irritants. The black seed is a proven remedy for asthma patients. Evidence suggests that the boiled water extracts of black seeds contain anti-asthmatic effect on the airways. It is believed that thymoquinone which is the active medical ingredient is the main preventive constituent for asthma patients.

Psoriasis is a serious skin disorder which is characterized by dry, inflammatory, and ugly. It leads to the occurrence of itchy and painful patches on the skin and causes the buildup of dead skin cells. Psoriasis can affect any site of the body, but commonly it is caused on the sites like scalp, palm, finger tips, toes, genitals, elbow, and knees. Psoriasis is of many different types such as chronic plaque psoriasis, pustular psoriasis, and guttate psoriasis.

The extracts of black seeds contain many properties, and one of them is an antipsoriatic activity which helps to treat the skin problem. Psoriasis is considered to be an autoimmune disease, the extracts work towards boosting the immune system and prevents the complication associated with psoriasis. It also improves the symptoms of this disease.

Alzheimer’s disease is one of the most common types of dementia. It is a mental disorder which significantly affects the ability of an individual to use the cognitive system normally. It affects the brain and causes symptoms like problems with thinking and memorizing. It affects the nerve cells in the brain that are responsible for various jobs including memorizing, smelling, hearing, and learning. Alzheimer’s disease leads to the abnormal functioning of these cells, resulting in problems with all these functions.

In the past few years, cancer has become one of the leading causes of death. It is a life threatening which significantly reduces the quality of life of the sufferer and their caregivers. Cancer is a disease which occurs due to the abnormal growth of cells. Normally, the cells in the body grow and are replaced when they become old or damaged. But cancerous cells are not replaced by the new and healthy cells, instead, it keeps on growing and leads to the development of cancer.

Elina is a general health writer for Cheap Medicine Shop and holds a diploma in health and fitness studies. She hails from Canada and is specialized in writing about a plethora of diseases, diets and more. Apart from being an ardent writer, Elina is also a dedicated reader and no literary discussion at the workplace is complete without her insightful participation.