Dehydration Can Be A Deadly Problem 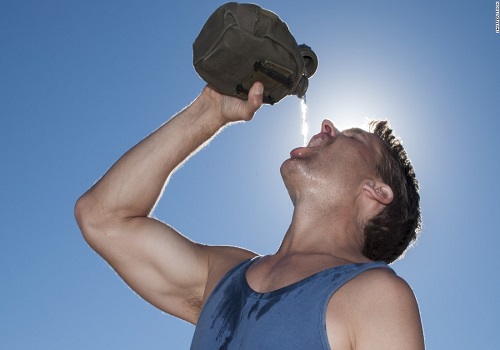 Dehydration is a term which is used when the body doesn't have enough fluid or when the body loses too much water. Multiple studies have suggested that if dehydration is recognized and treated on time, it can help in avoiding many health problems. Normally, the body's water is lost in various manners, such as through our lungs as water vapor, through the skin in the form of sweat and through tears and urine. Normally, the water that is lost is replaced by drinking fluids and intake of food that contains water.

Severe dehydration is a medical condition and can be life-threatening. There are many causes of dehydration, some of which are:

It is important to recognize dehydration as it can help in preventing the development of various health problems. Many signs act as an early sign of warning for dehydration and some of the symptoms of dehydration may include:

Complications that are associated with dehydration

A kidney stone is one of the common diseases and is characterized by sharp and cramping pain in the back and side as it often moves to the lower abdomen. Many patients having kidney stone complain of experiencing sudden pain that comes in waves. Many doctors have claimed that dehydration or not drinking enough water can lead to the development of kidney stones. Pain is the characteristic symptoms of kidney stone, it is associated with other symptoms as well, such as dark urine, intense feeling to urinate, nausea, vomiting and sometimes men feel pain in their penis.

A seizure is defined as a temporary disturbance in the electrical activity of the brain. Seizures are very common, and millions of people around the world are living with this disease. Dehydration is considered to be one of the most common causes of seizures. A seizure can be characterized as a sudden stereotyped episode with the change in motor activity, sensation, behavior, and consciousness. The abnormal electrical discharge in the brain is the cause of the symptoms of seizures. The symptoms of a seizure can vary significantly from one person to another, and it depends on the area in the brain where the seizure begins.

Dry eyes can result due to a lack of fluid in the body. In fact, sometimes dry eyes are said to be a symptom of dehydration. It is a condition in which the eyes are unable to produce tears properly. Dry eyes are often accompanied by the inflammation of the surface of the eye and if this condition is not treated, it can cause symptoms like pain, ulcer, scar on the cornea and sometimes even a loss of vision. Dry eyes have an impact on the quality of life as it induces ocular discomfort, burning sensation, light sensitivity, visual disturbances, and infections.

Heal illness is basically a condition which occurs days after exposure to scorching weather or it results from an insufficient amount of fluid intake. Heat illness is characterized by a wide range of symptoms such as heavy sweating, headache, dizziness, fainting, wet skin, irritability, thirst, nausea, and vomiting.

There is no doubt in saying that a hydrated body allows us to live healthily. An adequate intake of water on a daily basis provide multiple health benefits to an individual such as it boosts immunity, it clears the skin and brings natural glow, it aids weight loss, improves metabolism and much more.

There are multiple ways through which dehydration can be treated and some of the ways are as follows: