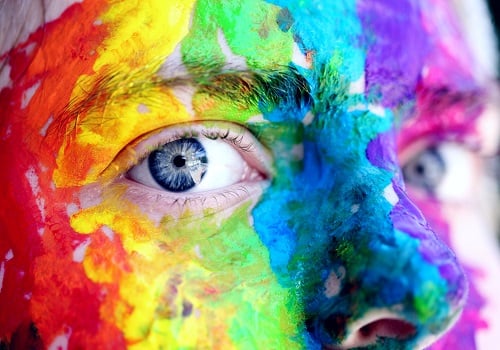 The relationship between color and psychological health has always been a matter of discussion. Multiple studies have been conducted to investigate how colors can have an impact on the mental health of an individual?

Evidence suggests that there are various mechanisms that can explain the relationship between the two. Colors are known to have a subterranean consequence on how people feel both psychologically and physically. Color is one of the factors that can widely influence the way an individual expresses their emotions. 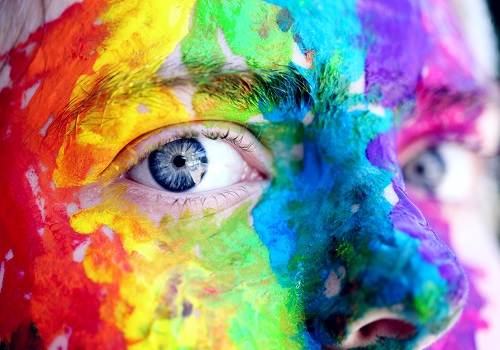 There are three main qualities of light in relation to colors - brightness, hue, and saturation.

1. Brightness is defined as an amount of light given off by the light source.

2. Hue is defined as a shade of the color.

3. Saturation is defined as an intensity of colors.

According to Birren, “colors have many emotional impacts, namely, temperature, strong and weak, hard and soft, and active and calm”. This can be explained in a way that brightness and low saturation creates a feeling of softness, whereas, darkness and high saturation creates a feeling of hardness. There is a common belief that color has a direct impact on emotions of an individual, such as warm colors cause active emotional state, means they generally indicate happiness and excitement, whereas, cold colors cause restful emotional state, means that generally indicate the feeling of being relaxed.

How colors play its role in the brain?

Color is considered to be a nature’s own powerful signaling system. Whenever light strikes a human eye, the wavelength of the color or light influences the perception of an individual in multiple ways. The hypothalamus plays a major role in this entire process. Hypothalamus is that part of the brain that governs the hormones and endocrine system and is important to control the emotional activity of an individual.

When electrical impulses pass through the brain or hypothalamus, which govern endocrine glands, produces and secretes hormones. Each color has a focus

on a particular part of the body that evokes a specific physiological response, which in turn produces a psychological reaction.

Also Read: How to remain 2 steps ahead in the prevention of cancer disease?

What are the psychological properties of colors?

According to research, primarily there are four psychological colors, namely, red, blue, yellow, and green. These colors have an emotional effect on an individual.

Red - Red is considered to be a strong and powerful color which have the longest wavelength. Red is known to have a strong impact on the mental health of an individual. According to research, cred color during nighttime leads to an increase in the production of a hormone, melatonin which enhances better sleep at night. Good quality sleep improves the cognition and overall mental health.

Yellow - Yellow is a color that indicates friendliness, joyful, and openness. Psychologically, yellow is a color which is all about emotions and self-esteem.  Yellow often make people feel uplifted. Also, yellow is often considered to be a color to treat depression. Depression is a mental health problem characterized by persistent sadness, sleep disorders, lack of confidence, and many more. Yellow is always associated with positivity (such as joyful, cheerful, excitement etc.) and never with negativity (such as unhappy, dejected, sadness etc.).

Green - Green is known to be a color of nature. Green is basically a calming color which indicates calmness, refreshment, and harmony. Green light stimulates the secretion of various hormones that have an impact on emotions, mental health, and other body functions. Apart from mental health, the green color also stimulates the growth hormone and strengthens muscles, bones and other tissues in the body.

Blue - Blue is a color of intellect which encourages reasoning, logical thought, and intellectual activity in an individual. It is a color of peace which has a soothing and calming effect on the overall health of an individual, especially mental health. Blue helps to get clear thought, bring calmness in the mind, and increase concentration.

It can be said that colors that surround us in our daily life can have a profound effect on the mood and behavior of a person. Various studies have suggested that colors can play a role in improving the symptoms of various mental problems, such as depression and anxiety disorders, and it do this by improving the mood and other behavioral aspects in an individual.

Tags: Home Remedies for Green Nail Syndrome, Can Climate Change Affect Psychological Health?, Do You Know That Oversleeping Can Be Harmful?, Know About Different Types Of Eye Specialists