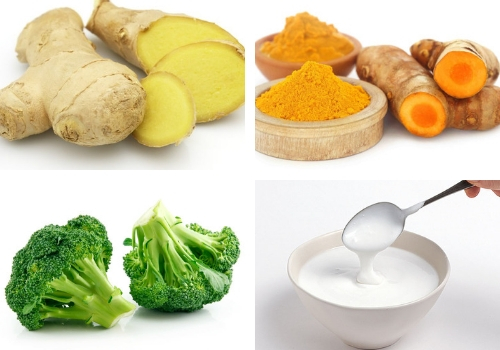 The immune system is considered to be one of the most important systems to human health. The immune system in the human body is defined as a network of cells and tissues that work together to defend the body against bacteria, virus and other foreign invaders.

Generally, the response of the immune system is categorized into two parts:

1. Innate immune response - It is defined as a body’s first line of defense against foreign substances and it can lead to the development of the disease. It includes various parts such as a physical barrier to infection ( such as the skin), chemical barriers (such as an acidic environment that prevents the growth of bacteria) and many more barriers.

2. Adaptive immune response - It is defined as a delayed response and it is dependent on the innate immune response. It contains many types of cells that can recognize virus infected cells and kill them. 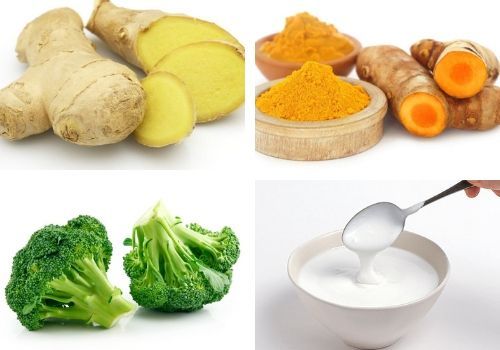 Having a healthful diet is an important way through which we can help our immune system to do its job normally. There are certain food items that are known to boost the immune system and decreases the risk of developing autoimmune diseases and some of them are as follows:

Multiple studies have stated that ginger is one of the most effective home remedies to fight infections. It boosts the immune system in the body and prevents the development of various autoimmune disorders. Ginger include major influential factors that are involved in the normal functionality of the immune system. Multiple scientific investigations have demonstrated the inflammatory effects of ginger and as a result, when ginger or products containing ginger are consumed, boosts the immune system. Also, various compounds are present in ginger that can bind to serotonin receptors and influences the gastrointestinal function. You must have heard that ginger is an effective remedy for common cold and the common cold can result due to the weakened immune system. Ginger can be used widely to kill the bacterias present by improving the functioning of the immune system.

Turmeric is one of the most used spices throughout the world, but at the same time, it is also used as a medicinal herb. It contains many constituents that are medicinal in nature and are effective in the treatment of many health problems, including immune related issues. Turmeric is one of the items that boost the immune system in the body. It has many chemicals and the major chemical principle of turmeric is curcumin. Curcumin is highly effective and it is the main constituent that treats and prevents the development of various diseases. Curcumin is also effective in enhancing the functioning of the immune system.

Also Read: Do you know some possible causes of diarrhea?

Curcumin has various effects on the cells of the immune system. In multiple studies, it has been found that curcumin has the ability to modulate the growth and cellular response of various cells in the immune system and evidence suggest that it modulates both the proliferation and the activation of cells. Also, the curcumin has an effect on the stress as well. It is believed that curcumin can reduce the level as well as the effects of stress on the human body. There is no denying in saying that stress is one of the important factors that can lead to the overactive immune system.

Broccoli is extremely beneficial to the health of an individual. It contains many powerful constituents that can boost the body’s natural defense system. Making a healthy lifestyle choice is the best thing you can do to make the immune system stronger and adding broccoli to the diet can make the efforts effective. There are many mechanisms which demonstrate that broccoli is beneficial for the immune system. One of the mechanism includes that broccoli contains many properties, including antioxidant properties. The antioxidant property in the broccoli protect the cells in the body from damage, that can be caused by oxidative stress and free radicals. It also reduces the effects of oxidative stress on the body and improves the functioning of the immune system.

Also, broccoli is considered to be a rich source of vitamin C. Vitamin C is said to be an important vitamin to maintain a strong immune system. Glucoraphanin is found in broccoli and it removes all the harmful chemicals and pollutants from the body and helps to boost the body’s natural detoxification pathways. Broccoli also contains many other properties that are beneficial to maintain the health of the body. Hence promote a healthier immune system.

Yogurt is a dairy product and is a food with high digestibility. Yogurt has many benefits and it includes stimulation of the immune system, controlling gastrointestinal infections, improvement in the metabolism of lactose, and improvement in inflammatory bowel disease. Numerous studies have stated that the effects of yogurt lead to an increase in innate immune response. Yogurt contains many nutrients and vitamins that are important for human health and there are many nutrients and vitamins that are present in yogurt and are important to maintain the health of the immune system.

Tags: Superfoods for women that make them stronger, Probiotic foods for a healthy life, Vitamin B And Its Importance, Role Of Vitamin A In The Human Body