The Right Food And Activities For Better Cognitive Functioning Of Body 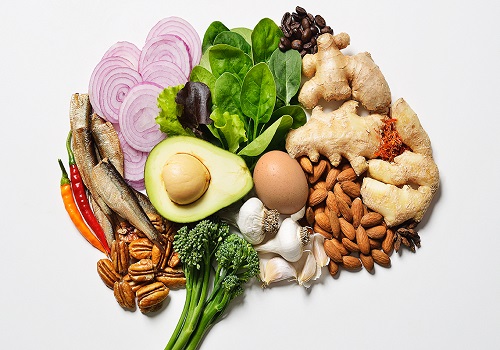 People need to focus more attention on cognitive functioning since it governs almost all the spheres of life.

Cognitive functions are by which the brain understands and processes new information and recalls past knowledge to help deal with living. It includes attention and response, memory and processing, and information organization and inductive thinking in the brain.

Science says that following a brain-healthy lifestyle and performing regular, targeted brain exercises can increase the brain's cognitive functions. This helps lessen the chances of developing diminished cognitive ability, dementia, or Alzheimer’s later on in life. 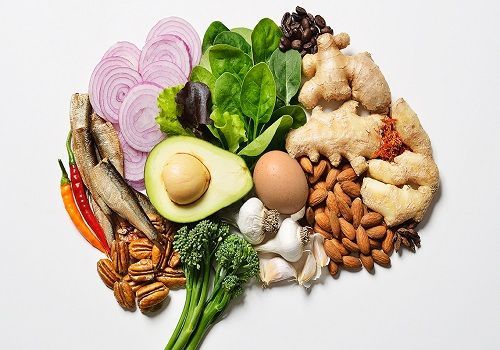 Following the healthy food and daily activity pattern can lead to a significant improvement in the cognitive health of an individual. Let's begin with Activities-

Some researchers have shown evidence that physical activity is beneficial for improving brain health and cognition. The many studies conducted found that certain hormones, which are increased during exercise, may help improve memory.

Some studies have found that the loss of tissue density in the brain was less in those who were aerobically fit, which is another way of staying fit and active people have better cognitive functioning. Many other studies have shown that exercise increases one’s ability to learn, handle stressful situations, make clear decisions and recall facts and memories. Hence it is recommended for adults to incorporate even a few minutes of exercise into their daily routines.

Take up a new hobby

Doing new things is great as it makes new neural connections in your brain, especially if it involves physical movement. Sit down and make a list of all the things you have always wanted to do and try to do at least one of them. Some ideas include learning a new language, taking piano lessons, go hiking, reading novels daily, taking an art class and such.

It is been said that reading books, writing, and participating in such brain-stimulating activities at any age will preserve memory. Neuroscientists have discovered that reading books can improve brain function on a variety of levels.

A study found that taking an hour a day for mindfulness training like meditation will improve working memory and focus. Regular meditation will help calm the body and mind and increases the ability to concentrate. This will also reduce stress and relax your mind. Regular meditation is a great benefit for working memory capacity. And the more you meditate the faster and more efficient the brain becomes at processing information.

Some studies have provided evidence that the brain changes associated with meditation and stress reduction may play a role in slowing the progression of disorders like Alzheimer's disease and other dementias.

An insufficient quantity or poor quality of sleep deprives your brain of its ability to focus. If you are too stressed all the time then the stress can impair memory function too. Proper full night sleep is one of the best ways to reduce stress.

Getting quality sleep puts us in a better mood and gives us the energy to keep up with our day. When you sleep, the body will flush out toxins that build up during waking hours, helping to clear the brain. Sleeping is very important for storing memories and also restores the body both mentally and physically. Lack of proper sleep is known to contribute to difficulties in problem-solving, reasoning and concentrating.

Studies have shown that stimulating environments and problem-solving puzzles could be a contributing factor in preventing or delaying the onset of Alzheimer’s disease in some people. Some specially devised video games may help older people boost their mental skills like handling multiple tasks at once. Researchers have reported that sessions of cognitive training games improved an older person’s reasoning ability and speed of processing.

Puzzles like brain teasers are also an excellent way to build new connections in the brain. It’s particularly good for your brain to seek out a variety of puzzles as the brain will be challenged with each particular type of puzzle. Switching from a puzzle that is easy to a more difficult or unfamiliar kind will stimulate new brain activity, or learning, as the brain now has to generate new memories in order to master the new challenge.

Apart from the activities that you need to include in your daily routine, here are certain foods that you should definitely inculcate in your diet in order to boost cognitive development-

Increased blood flow to the brain leads to an increased supply of nutrients to those parts of the brain that helps you think and remember all the details. It is one of the healthiest fruit that one can eat to gain benefits. Avocado contains a large number of minerals and copper and iron which are two of them aids in blood regeneration and prevents anemia. Anemia is a condition that lowers the ability of the blood to carry oxygen. Also, avocado is rich in vitamin A, vitamin B, and essential fatty acids and these minerals act as a natural antioxidant that protects the body from stress and other damages. Vitamin K and folate which are present in avocado prevents blood clots in the brain and reduces the risk of stroke and it also improves memory and concentration.

Grapefruit juice is an effective way to prevent short-term memory loss and boost concentration. Grapefruit juice is full of nutrients that act as a valuable antioxidant that has the capability to reverse the sensitivity of the receptors of the brain and improves the overall functionality of the cognitive system. Also, most importantly it increases the production of dopamine in the brain. In the brain, it acts as a neurotransmitter and sends signals to other cells of the nerves.  Plaque that builds up in the brain is responsible for the disrupt memory and can lead to the development of Alzheimer disease, which is a real threat to health.

Blueberries are one of the richest sources of healthy antioxidants and phytochemicals that improve memory and cognitive functioning. It has many nutrients that increase the production of brain cells in the hippocampus, the part of the brain that plays an important role in the consolidation of information from short-term memory to long-term memory. It also reduces stress and makes the brain strong to fight against diseases. It lowers the risk of dementia, a brain disease that decreases the ability to think and remember the things. With advancing age, people often deal with the problems of memory but blueberries can help them fight with all such age-related memory issues.

Stress and inflammation play a key role in the development of diseases that are associated with cognitive impairment. Sulforaphane which is an antioxidant is present in the broccoli and is useful in the prevention and the treatment of cognitive impairment. It has the ability to repair the damaged cells of the brain and improves the functioning of it. It contains many nutrients and it is a great source of potassium. Broccoli is the best option to improve memory but it is believed that all the green vegetables are beneficial for the healthy brain.