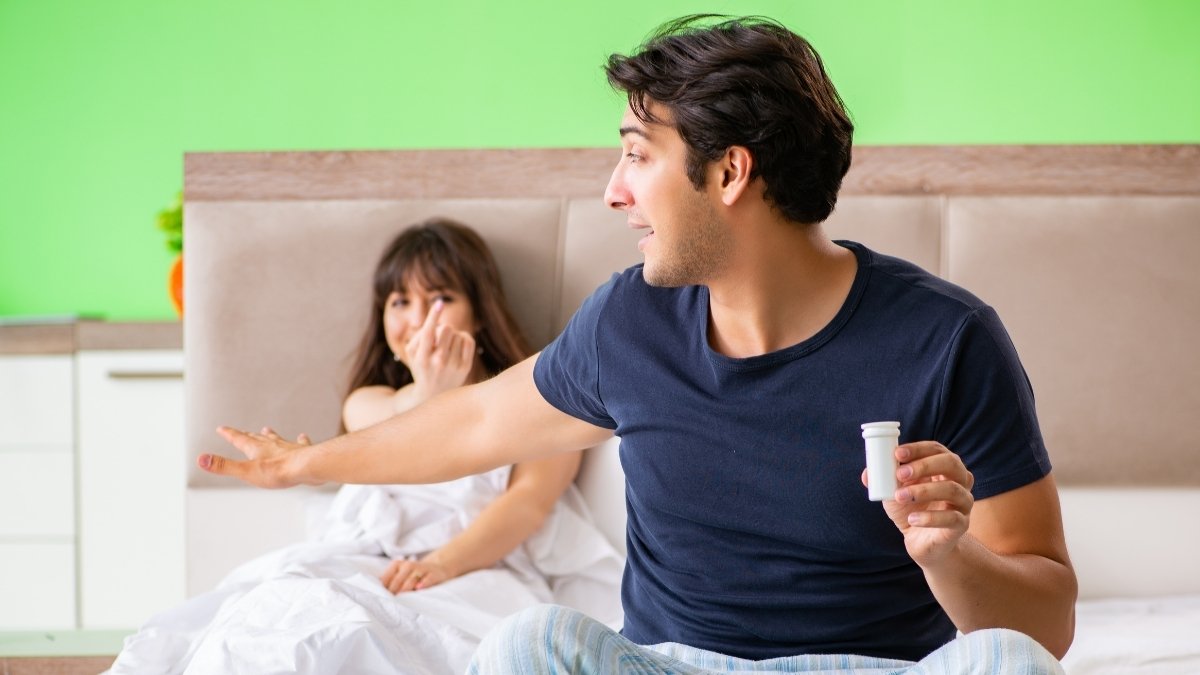 Sexual health concerns like erectile dysfunction(ED) can lead to several health complications if not treated in time. Usually, the first line of treatment is done by taking tablets like Cialis, which work by increasing the blood flow in the penis to trigger an erection. Unfortunately, many men are embarrassed to talk about health issues like ED and often choose to remain undiagnosed. Some even take pills like Viagra or Cialis without consulting their doctor.

“Researchers estimate that around 30 million men living in the United States are affected by erectile dysfunction.”

Hence, it is essential to educate people about ED medications like Cialis. Some of the most frequently asked questions about Cialis (Tadalafil) have been answered in the blog.

Ans. Cialis is marketed in pill form and is one of the most prescribed drugs to treat men with erectile dysfunction and men with benign prostatic hyperplasia. It contains an active ingredient called tadalafil that helps relax blood vessels and increase the blood flow in the body.

Ans. Men primarily use Cialis tablets as a treatment option for erectile dysfunction. However, it can also be used to treat the signs and symptoms of benign prostatic hyperplasia(BHP).

Q3. What qualifies as erectile dysfunction?

Ans. Erectile Dysfunction is not a disease but a symptom of many other health problems. It is sometimes called impotence and is a condition in which a man experiences his inability to get and keep erections firm enough for sexual activity. Sometimes having an issue with an erection does not necessarily mean erectile dysfunction. Still, when it becomes persistent, it is a cause for concern.

It is one of the most common sexual problems in men, and with advancing age, it has become more common. A combination of physical and psychological factors is usually responsible for the inability to keep or get an erection. Sexual arousal is a complex process and involves emotions, blood vessels, the brain, hormones, and muscles. Problems with any of these could lead to the development of erectile dysfunction.

Q4. Does Cialis help with BHP?

Ans. Benign Prostatic Hyperplasia is a condition that happens in men and is characterized as an enlargement of the prostate gland that is accompanied by lower urinary tract symptoms (LUTS). The rapid increase in the prostatic stromal cells leads to an enlarged prostate gland. It results in the compressed prostatic urethra, which restricts urine flow from the bladder.

This interference with the urine causes many symptoms such as a decreased stream, frequent urination, hesitancy, etc. Symptoms of this condition vary from person to person, depending on the size of the enlargement. According to the researchers, benign prostatic hyperplasia is uncommon before 40. Still, after 50, most people are affected by it.

Medication like Cialis (Tadalafil) is the first ED drug approved to treat benign prostatic hyperplasia. Researchers estimate that taking 5 milligrams of Cialis daily can improve both ED and BPH. But it can be beneficial if you consume it after consulting the doctor.

Q5. How does Cialis work?

Ans. Tadalafil is the active medical ingredient that is present in Cialis. It belongs to a phosphodiesterase type 5 inhibitor. Usually, getting an erection is a complicated process that involves sending messages to the blood vessels in the penis, which increases the blood flow.

Cialis (Tadalafil) works by blocking or inhibiting the phosphodiesterase enzyme responsible for cGMP degradation (Cyclic guanosine monophosphate). Availability of cGMP is essential to get or maintain the proper erection as it relaxes the muscles in the penis region and allows the blood flow that produces an erection. Therefore, Cialis helps treat erectile dysfunction, but to get the effectiveness of Cialis, sexual stimulation is needed.

Cialis is also used for the treatment of benign prostatic hyperplasia. By inhibiting phosphodiesterase type 5 and blocking the degradation of cGMP, Cialis also relaxes the prostate and bladder muscles. This relaxation further improves the blood flow to the prostate and the bladder region. This reduces the problem with the flow of urine and improves the symptoms of benign prostatic hyperplasia.

Also read: A Brief History Of The Little Blue Pill- All About Viagra

Q6. What are the negative side effects of Cialis?

Ans. Erectile dysfunction tablets like Cialis (Tadalafil) may cause some side effects if taken without the guidance of a medical professional. Some of the most common side effects of Cialis are as follows:-

Generally, these side effects are mild, but it is recommended that if you experience any severe side effects, then contact the doctor as soon as possible. Taking an overdose of Cialis can cause serious side effects, such as an erection lasting longer than 4 hours. So do not take more than one dose in a day.

You can prefer taking other substitute of Cialis: Vidalista, Forzest.

Q7. When Should Cialis be taken for best results?

Ans. Typically, Cialis should be taken at least 30 minutes before sexual intercourse, but it is to be noted that you should call your doctor before taking Cialis. The doctor will guide you about how, when, and how long you should take this drug.

Q8. When should I not take Cialis?

Ans. There are conditions under which one should not take Cialis. Some such conditions include

Call your doctor before you decide to take Cialis and always share your medical history before taking the tablet. Let your general physician know the list of medications you are taking to ensure that none of the current medicines or your medical condition can result in drug  interaction with Cialis.

Q9. Can I take Cialis and Viagra together?

Q10. Is Cialis safe for long-term use?

Ans. Though no adverse side effects would occur if Cialis is taken under the complete guidance of a medical professional. Research is not clear on the long-term impact of taking Cialis. To reduce the possibility of any long-term side effects, one can take the tablet in smaller doses.

Though the effectiveness of Cialis is pretty good in treating the symptoms of erectile dysfunction, it however, does not guarantee a permanent cure for the disease. To treat ED in the long run, one would have to adopt healthier measures like eating a nutritious diet and exercising regularly. In addition, one should take Cialis tablets only when prescribed by a medical professional.