The hormones perform a variety of functions that ranges from growth, sexual development, metabolism of carbohydrates, proteins and fats and other functions. The hormones can alter several aspects and they can be classified according to chemical compositions, the location of receptors, and solubility properties.

Insulin is a polypeptide hormone which is composed of two amino acid chains which are connected to each other by a disulfide linkage. It is a hormone which is secreted by the beta cells in the pancreas and plays an important role in carbohydrate metabolism regulation in association with glucagon. Insulin has its effect on carbohydrates, almost in all tissues except brain and insulin increases the facilitated diffusion of glucose into cells and shows an effect to reduce blood glucose level. 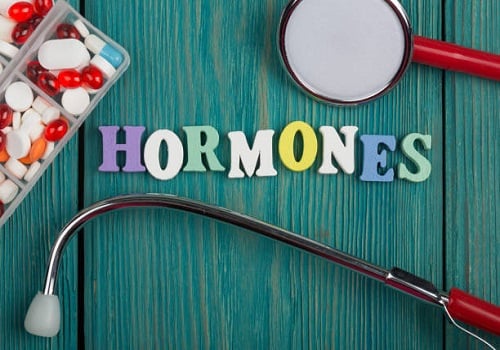 Basically, its primary role is to control the uptake of glucose by the liver and the muscle cells. Diabetes mellitus which is a chronic disease result from the lack of secretion of insulin by the pancreas and this lack of insulin further results in an inability to use blood glucose as a fuel. Due to the body’s inability to use blood glucose as energy, it stays in the blood and leads to high blood sugar level. Insulin in response to the rising blood glucose level acts as a signal that the glucose is present in an abundance.

Glucocorticoids are any steroid hormones that are produced by the adrenal glands. The adrenal glands are located at the superior pole of each kidney and are consists of two regions, the cortex, and the medulla. Glucocorticoids affect metabolism, behavior, cardiovascular functions, and immune response. It increases the blood glucose level by increasing the hepatic gluconeogenesis and reducing the peripheral utilization of glucose. It has a permissive and vascular effect.

The permissive effect enables other hormones to exert effects and the vascular effect is needed for vasoconstriction. Lack of glucocorticoids can be primary, resulting from the impairment or dysfunction of the adrenal cortex or secondary, resulting from the hypersecretion of adrenocorticotropic hormone. Numerous studies suggest that the main cause of primary deficiency is autoimmune dysfunction of adrenal glands. Cortisol is one of the hormones which belongs to glucocorticoids is secreted by the adrenal glands in response to the stress-induced hormonal stimulation by adrenocorticotropic hormone.

The thyroid gland is a highly vascularized hormone that is located in the neck, in front of the trachea. The thyroid gland secretes two hormones, thyroxine and triiodothyronine, and these hormones are essential for the normal growth and development and to stimulate metabolism in most of the tissues. The thyroid gland is the only tissue of the body that has an ability to accumulate iodine into the large amount and blend it into hormones.

The formation of thyroid hormones depends on the supply of iodide. The formation of these hormones begin by uptake of iodide by the follicular cells, in the second step iodide is oxidized and forms iodotyrosyl residues of thyroglobulin. In the third step, the formation of iodothyronines from iodotyrosines occurs and lastly,  proteolysis of thyroglobulin and releases thyroxine and triiodothyronine in the blood. The production of these hormones is controlled by the system that involves the hypothalamus in the brain and the pituitary gland. The production of excessive thyroxine hormone in the blood is known as thyrotoxicosis or hyperthyroidism and a very little production of thyroxine hormone in the blood is known as hypothyroidism.

Testosterone is the most important male sex hormone that plays a major role in the development of the male reproductive system and body mass in males. Testosterone deficiency is highly associated with an increased fat mass, reduced insulin sensitivity, impaired glucose tolerance, elevated triglycerides, fluctuations in cholesterol level and an impaired sexual function. Most of the testosterone is made in the testes and a small amount of testosterone is also made in the adrenal gland.

Oestrogen is a female sex hormone that plays an important role in the development of female reproductive parts and other characteristics. It is the main hormone that affects growth, development, maturation, and functioning of the reproductive tract and it also affects the functioning of the hypothalamus, pituitary, liver, skeleton and calcium homeostasis. The four major naturally occurring estrogen in women include estrone, estradiol, estriol, and estetrol. During the reproductive years, estradiol is the most involved estrogen, during menopause, estrone is the most predominant and during pregnancy, estriol plays the most important role.