Unfortunately, there are a large number of people who are living with diseases, and many times they suffer from diseases they never heard of, and they are considered to be serious medical disorders. Below is a list of some of these diseases: 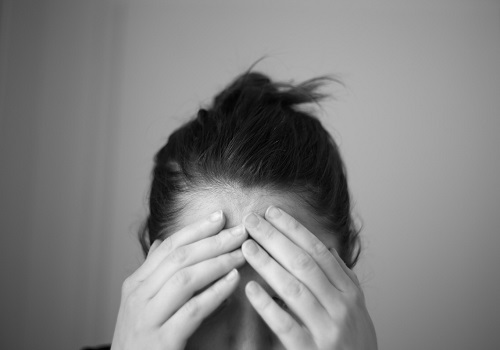 Multiple studies have demonstrated that capgras syndrome is associated with various neuropsychiatrist conditions, organic illness, and neurological disorders. Capgras syndrome has mostly been observed in patients with schizophrenia and schizoaffective disorder. Schizophrenia is a serious mental disorder which affects the way an individual feels, thinks and behave, accompanied by symptoms like hallucination, delusion, and disorders with movement. Schizoaffective disorder is a chronic mental disorder which has characteristic features similar to schizophrenia. Sometimes brain injury can also lead to the development of capgras syndrome.

Cotard’s syndrome is a rare neuropsychiatric disorder which is characterized by the delusion concerning one’s own body is dead or not existing. In general terms, patients having cotard’s syndrome holds a delusional belief that he or she is dead or does not exist. The degree of severity of this disease varies from mild to severe. The mild state indicates the feeling of despair and self-loathing, whereas the severe state indicates the delusion. In the severe state, people having cotard’s syndrome start to deny their existence.

Most often, cotard’s syndrome is present in people having depression, schizophrenia, and psychoorganic syndromes. Psychoorganic syndrome is a progressive disorder which occurs due to other brain disorders and it is accompanied by problems with memory and intellect. An initial stage, the patients complain of becoming depressed and they begin to think that their feelings are lost and as this disease progresses, patients start to doubt on their existence and believe that they are dead.

Pica is one of the eating disorder which is defined as a compulsive and recurrent consumption of nonnutritive items. Pica can be defined as a pattern of repeated eating of things that are not food and patients having pica often eat things like paper, plastic or even stone. The substance consumed vary greatly depending on age and availability. Some of the causative explanations of pica may include delayed development of sexual disorders, iron deficiency, sexual frustration, and digestive disorders.

Many times, patients suffering from pica are healthy and this is because many items that they eat are passed in the stool without causing many problems. But pica is considered to be a serious and dangerous disorder that is associated with potential harm. Eating non-food items can lead to the occurrence of some serious problems such as food poisoning, parasitic infection, mouth injuries, ulceration and proliferation of stomach or bowel.

Tourette syndrome is a neurological disorder which is characterized by the repetitive and involuntary movement and vocalizations, normally known as tics. Generally, the tourette syndrome begins in early childhood or adolescence. The symptoms that are associated with this neurological disorder can vary from one person to another. Also, the initial symptom can also vary. For one child, rapid blinking of the eyes or twitching of mouth can be considered as an initial symptom of tourette disease, whereas for another child, involuntary sound such as sniffing or throat clearing sound can be the first tic. The tics in Tourette disease are classified into two: