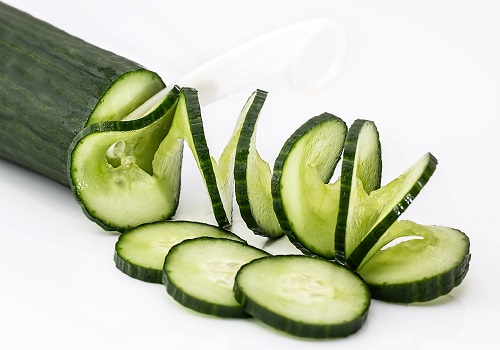 Cucumbers are eaten as vegetables but they are scientifically considered as a food that contains a large benefit to humans. There is no doubt that cucumbers are delicious but at the same time, it is incredibly healthy. Cucumbers are very nutritious and it contains high levels of lignans, vitamin K, cucurbitacins, flavonoids such as apigenin, luteolin, quercetin, and kaempferol. There are also antioxidants such as beta carotene, vitamin C and B. 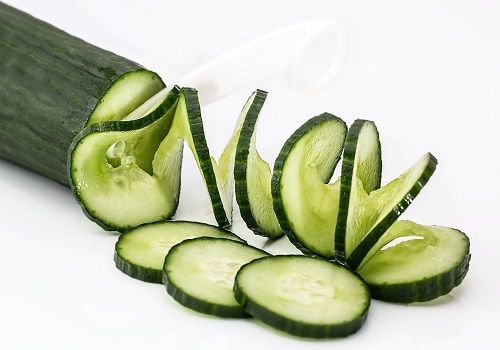 There are various types of cucumbers but the edible cucumber is divided into two groups - slicing and pickling cucumbers. The slicing cucumber is thinner and longer as compared to the pickling cucumber. Cucumber consists of nutrients that are vital for the development of the body and they have long been associated with various treatments. It contains various health benefits such as rehydration of the body, blood pressure regulation, maintaining healthy body weight, bone health, decreasing the risk of developing cancer, maintaining the level of cholesterol and regulating the glucose level in the body.

Numerous studies suggest that the components which are present in cucumbers are often used in herbal medicines. Cucumber extracts are known to be highly beneficial for the body and the intake of cucumber can reduce the risk of developing various health problems. Cucumber promotes an overall general healthy lifestyle and it does so in many ways such as, it helps in keeping the body hydrated and hydration is one of the important aspects of a healthy life. Cucumber is a nutritive agent which means that cucumbers have high vitamin and mineral content and the consumption of cucumber decreases the risk of any nutritional deficiency in the body. Hence, as a result, it keeps the body functioning.

Some of the benefits of cucumber on the human body are as follows:

Benefits of cucumber on skin

Cucumber works wonderfully on the skin and it is highly used for treating the skin and for natural beauty. Cucumber has various health benefits associated with it right from the skin to the overall health of the body. Cucumber cleanses the skin deeply and removes all the dirt particles that can affect the skin and increase the risk of developing any skin disorder. This deep cleansing action of cucumber results from the active natural chemicals in the cucumber such as glycolic, lactic and salicylic acids.

Cucumber is considered to be an excellent product for rubbing over the skin in order to keep the skin soft and glowing. It provides cooling, healing and soothing effects to irritated skin that can occur due to sunburn or any other cause. Cucumber contains the highest amount of water which is nearly 95% of pure water, hence it helps in keeping the body hydrated. We are all aware of the importance of hydration to keep the skin and body healthy. Water acts as a skin barrier and the properties of the barrier are responsive to changes in the external environment. Cucumber is a rich source of vitamin C which is one of the most important vitamins required for healthy skin.

Also Read: These Tips Will Help You Sleep Well

Benefits of cucumber for regulating glucose

There are many fruits and vegetables that have an effect on the glucose level in the body and cucumber is one of them. Normally the pancreas in the body are responsible for the production of insulin that regulates the glucose level in the body and any imbalance with the production of insulin causes a problem. There are some pieces of evidence that suggest that cucumber juice contains a hormone that is required by the cells of the pancreas to produce insulin. Hence, cucumber is beneficial for patients who have diabetes.

Benefits of cucumber on weight loss

Have you heard that a cucumber diet can help with weight loss??

Yes, cucumber is one of the vegetables that can help to lose extra pounds. There are many ways in which cucumber helps to aid weight loss. Most importantly weight gain results from an increased intake of calories and decreased physical activities. Cucumbers are low in calories but at the same time, they are high in fiber. This helps in keeping the appetite without an intake of calories. Therefore with a decrease in the portion of food intake and an increase in physical exercise is an excellent solution to manage weight.