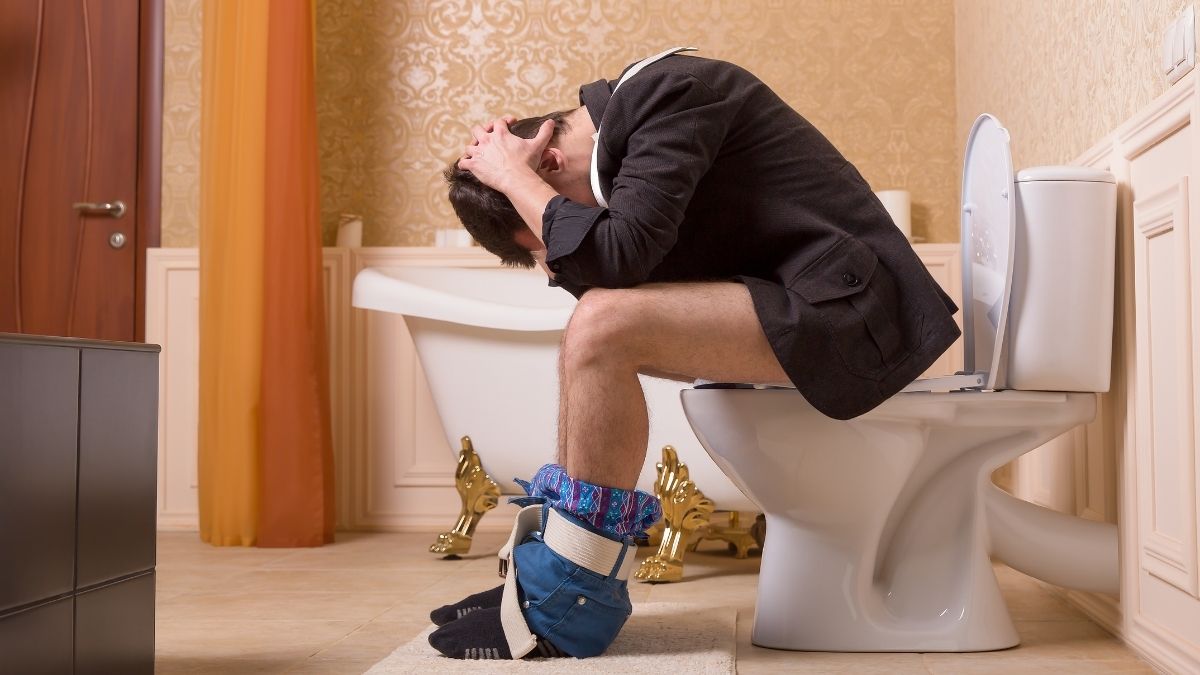 Constipation is an incomplete bowel movement which includes passages of the small amount of hard and dry bowel movement. It is one of the most common medical condition that not only affect the physical well-being of the person but also affects psychologically well being. Also, It is the most neglected health problem without realizing that it is linked to many health complications. If you have constipation for short duration then it can be normal but if the condition remains for a longer duration, it can be a warning sign of other serious health problems.

Diseases that can cause chronic constipation

Constipation is the most common symptom in those who suffer from Parkinson’s disease. Parkinson’s disease is a neurological disorder in which there is a loss of brain cells that makes and stores the chemical dopamine. Dopamine is also known as the neurotransmitter and it is a chemical in the brain that sends messages and controls movement. It is a long term disorder and millions of people living worldwide are suffering from Parkinson’s disease. At the initial stage, slowness of movement, shaking, rigidity are some of the symptoms of this disease but as it progresses, depression, anxiety, thinking and behavioural problems are more likely to occur. As it makes the muscles of the arms, legs, trunk and face slow and stiff. Similarly, the muscles of the intestines also become slow and cause constipation. Also, the muscles that are involved in emptying the bowel can also be affected by the Parkinson’s disease and as a result makes it difficult to eliminate the stool completely.

Hypercalcemia is a condition that occurs due to the elevated level of calcium in the blood and it affects the gastrointestinal, cardiovascular, neurological and musculoskeletal systems of the body. Normally the calcium level in the body ranges from 2.1-2.6 mmol/L and when it goes greater than 2.6 mmol, it is considered as hypercalcemia. According to many studies, chronic constipation is the most common gastrointestinal problem that is associated with hypercalcemia. Those people who are with a just mild increase in calcium do not witness any symptoms but when this disease progresses it include symptoms such as abdominal pain, constipation, bone pain, depression, confusion, weakness, kidney stone etc..

Hypothyroidism is a condition in which the body lacks thyroid hormone. The thyroid gland is located in the lower front of the neck and it is responsible for the production of adequate thyroid hormone. This hormone is secreted into the blood and is carried to the tissues in the entire body. Thyroid hormone helps in the proper functioning of the brain, heart, muscles and other organs of the body. Low level of thyroid hormone results in slowing down the processes of the body. It includes the slow down of the functions of the bowels. Changes in the pattern of the bowel movements lead to constipation and can be for a longer duration. There are many reasons that could lead to the failure of thyroid gland such as autoimmune disorders or when the immunity system of the human body attacks the healthy cells of the body and fails to function properly.

Diabetes is a common chronic disease that has affected many people around the world. It is a condition in which the glucose level or the sugar level of the body increases. It is a serious disease that is correlated with many other diseases. There are two types of diabetes, diabetes type 1 and diabetes type 2. Symptoms of type 1 diabetes occur rapidly whereas the symptoms of type 2 diabetes may left unnoticed. Blurred vision, frequent urination, numbness, rapid weight loss, extreme hunger, every dry skin and constipation. Constipation can be the result of diabetes as diabetes can affect the nerves of the colon which can lead to the changes in the pattern of the bowel movement. Other than constipation, it can also cause some other serious diseases such as heart disease, blindness, kidney failure, etc.. In fact, diabetes is one of the leading cause of death in the United States.

Share this post with your family and friends and make them aware of the complications that can occur due to constipation. Stay Safe, Stay Healthy!!

Tags: Are you aware of Malignant Hypertension?, Parkinson’s : FAQs you must know, Food Allergy: How does that happen?, 5 ways you are making your mornings unhealthy