Iodine-Rich Foods That You Need 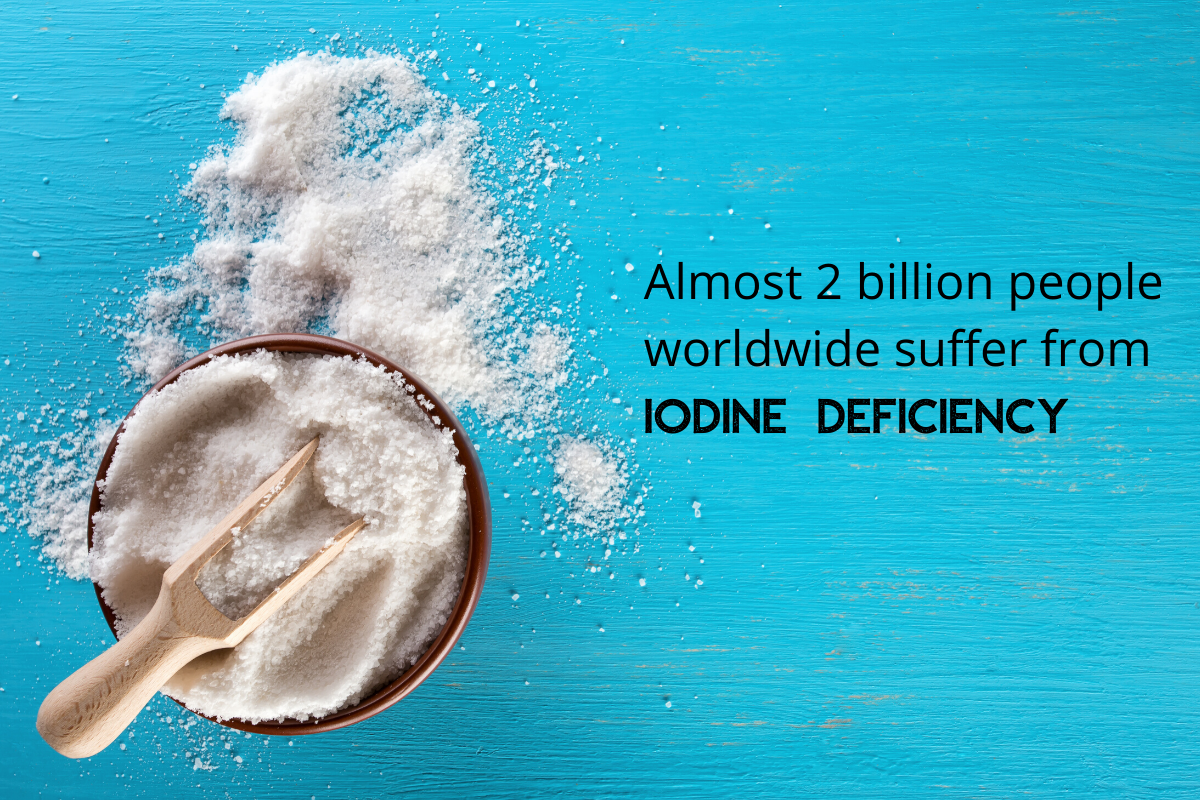 Let us talk about foods that are packed with Iodine. Eating a diet full of iodine is vital for all your organs, your brain, your glands and tissue of your body to work optimally. It is not an option. 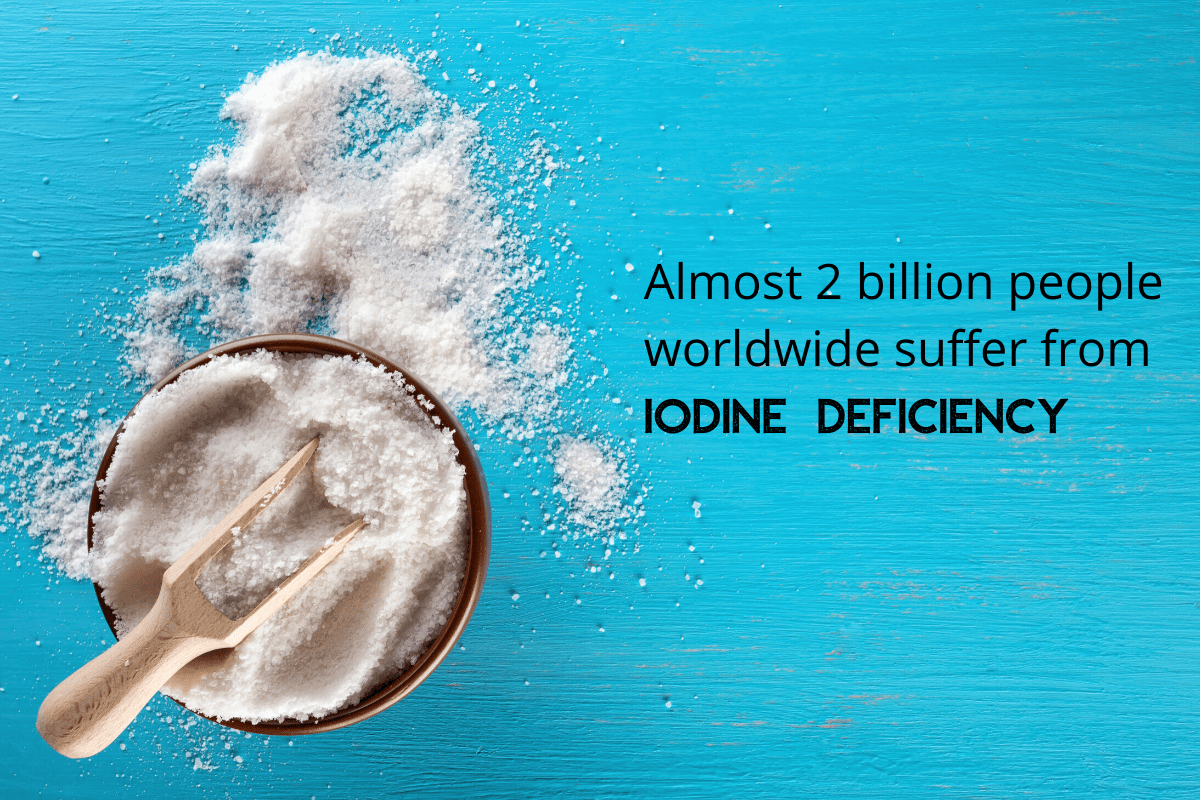 Things that grow in water, like fish from the sea have lots of iodine and freshwater fish have little iodine. Sometimes they can have more depending on how much iodine is going into the stream and pond that the fish live in.

Even with sea vegetables, it depends on where they grew, wherein the ocean where they found and also how were they grown. On average wild seaweed will have more iodine than farmed seaweed.

Seaweeds from certain oceans have iodine which is more than from other oceans. So if you include these foods in your daily meals, you will not have to take any iodine supplements at all.

The 7 foods that are healthy and are a great source of Iodine are:

It comes from the ocean breeze that has evaporated seawater and deposits it on the coastal region and the coastal soil. And so any fish that comes out of the ocean be it large or small will have a lot of iodine in it.

On average if you eat smaller fish in the ocean that is are not predators and do not eat lots of other fish, they would not have mercury and other metal pollution that you might get from eating some of the larger fish like swordfish.

These fish are also a great source of omega 3 fatty acids and hundreds of other vitamins and minerals that your body will need.

Any shellfish that comes out of the ocean is a great source of iodine for example, shrimp, lobster, crab to everything in between. If they are farmed and not actually grown in the ocean then they will not be a good source of iodine.

So any wild-caught sea fish or sea crustacean is going to be excellent sources of highly bioabsorbable iodine which is what you are looking for.

Seaweed that can be either nori, kelp, wakame or hijiki any of these if they are actually grown in the ocean is excellent sources of iodine.

And people who live in the coastal regions or islands like Japan, they consume many milligrams of iodine a day from sea fish, from sea crustacean and the seaweed. Where did these weeds grow and how were they grown matter for the amount of iodine they provide.

If it is farmed it will not have the basic amount of iodine that it should have and before you buy any you should be careful about it, but on the other hand if it is actually from the sea then you do not need to worry at all.

Also Read: What Is Chlamydia?

Any animal is going to tend to concentrate the amount of iodine that it gets in its diet. It wants to store as much of the iodine as it possibly can because all mammals and animals need iodine to live. They will die without it.

So every animal even if they are eating a poor diet in a part of the country in any part of the world that does not have a lot of iodine in their soil, they are going to concentrate on any of the little bit of iodine they get in their food and store much of it in their meat, in their organs and in their glandular tissue.

And as nose to tail paleo carnivore become more popular, people are eating more of the organs like liver, heart and brain. They have also started eating the glands again and all of these sources are rich sources of iodine because these animals concentrate the iodine in their glandular tissues because they need iodine for optimal glandular function.

This depends if this was a cow that ate grass in a very iodine poor part of the world, then it would not be as rich in iodine as compared to the cow eating grass on an island or a coastal region.

That cow, goat or sheep will supply iodine-rich dairy in that area. A lot of people think that milk, cheese and dairy products are a rich source of iodine and this is sort of true but the source of the iodine might surprise you.

If we are talking about a cow that grew up on a dairy farm where they are basically confined and fed grains, the farmers actually add iodine to the grain in a kind of a more inorganic form of iodine which is not as bioabsorbable as compared to naturally getting iodine from iodine-rich grass.

Also the dairy farmers dip their cow’s udders in an antiseptic iodine solution to kill bacteria and germs before they milk them. They do the same after they milk them. So the iodine from that gets soaked in the milk that gets drawn from them during the milking process.

So a lot of iodine is supplied from this, even when it is an inorganic source because the cow is going to concentrate on storing the iodine in their milk for their calf in order to prevent it from having any growth problems.

One of the main causes of human retardation in the world is because pregnant women do not have enough iodine when their child is in their womb and the child ends up with a lower IQ.

This goes for all animals like chickens and peacocks. They concentrate on the iodine they get out of their diet and put it into their eggs. And so eggs are almost always a good source of iodine which of course depends on the are they grew in.

Some will have more iodine and some will have less but they will still concentrate it in their eggs because it is vital for their chicks when they hatch.

7. Plant Food That Is Grown Near Or On A Coastal Region

Plants grown in the interior of a large continent typically do not have much iodine at all. But if the plants are grown in the coastal region and this can include any plant they are going to have a degree of iodine in them.

The best source of iodine without any exception usually by an order of magnitude is an animal source that can be like the sea fish or crustaceans and oysters, but plant-based foods are heavy in iodine as well like sea rocket, orach, cattail, watercress, curly dock, and nettle.