Kombucha tea is one of the functional foods which means that it is scientifically proven to have beneficial effects on the health of a person, on one or more functions. It has the capability to provide optimal health and promotes overall well being. 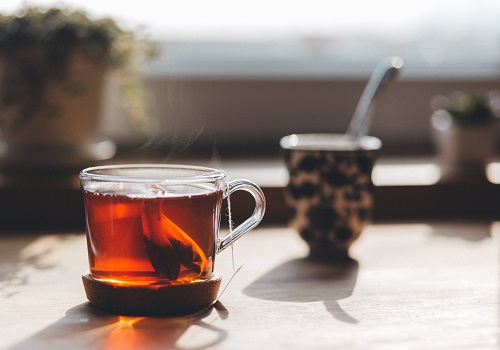 Kombucha is a beverage which is obtained from the fermentation of tea, primarily from the black tea. Throughout the world, it is known under different names such as tea fungus, Champignon de Longue vie, Ling Zhi, kocha kinoko, and many more. The flavor of kombucha tea is considered to be satisfactory, which is known to be similar to the taste of apple cider.

Kombucha tea contains a variety of compounds which are known to have beneficial effects on the health of an individual and it includes:

Glucuronic acid - It acts as a detoxifier for the body.

Lactic acid - It plays a vital role in the digestive system.

Acetic acid - It prevents the damage caused by harmful bacterias.

Polyphenols in the kombucha tea are the most important active medical ingredient which has various effects on the human body. Polyphenols are the antioxidants that prevent the development of several diseases such as cardiovascular disease, cancer, and neurodegenerative diseases.

Kombucha tea also has probiotic effects which are vital for the overall well being of a person. Probiotics are said to be the living microorganisms which provide benefits to the health. These microorganisms help in boosting the immune system and normalizing the gut process. Some other health benefits of the probiotic effects of kombucha tea include preventing anxiety and depression, improving mood, and fighting against the harmful bacterias.

The polyphenols that are present in this tea prevents the development of cancer that is related to oxidative stress. Oxidative stress is caused by the reactive oxygen species and polyphenols work by modulating the activity of various enzymes and cell receptors as a means of defence against the oxidative damage. Another mechanism through which polyphenols prevent cancer development is its ability to inhibit gene mutation and proliferation of cancer cells.

Research suggests that the compounds that are present in kombucha tea and are responsible for detoxifying the body are similar to the compounds produced by the body for detoxification. One such compound is glucuronic acid which is considered to be the significant detoxifier. Whenever the toxin enters the liver, this acid works by binding the toxin and helps them flush out of the kidneys.

Not only through detoxification, but the hepatoprotective effect of this tea also helps in preventing liver disease. Hepatoprotective effects are defined as the effects or the ability to prevent the damage caused to the liver toxic substances. It is believed that kombucha tea also helps to fight against the damage caused due to environmental pollutants.