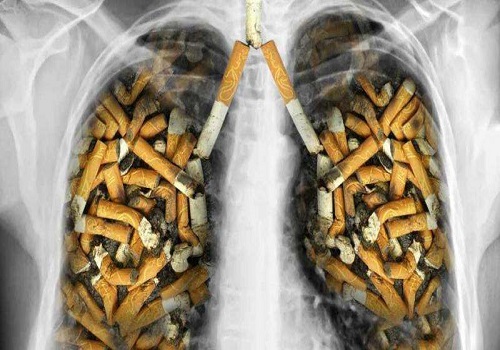 Lung cancer is one of the deadliest of all cancers worldwide. It is common in both, men and women and it accounts for millions of new cases every year. It is also the most common cause of mortality with thousands of death every year worldwide.

Lungs are the main organs in the body system and are made up of 5 lobes, 3 in the right lungs and 2 in the left lung. As an individual breathes, the lungs absorb oxygen from the air which is then delivered to the rest of the body through the bloodstream. Lung cancer is a malignant tumour in which the cells grow in an uncontrolled way in one or both the lungs. Lung cancer starts in the lung tissues or cells lining the airways of the respiratory tract that allows the air to get into the lungs. 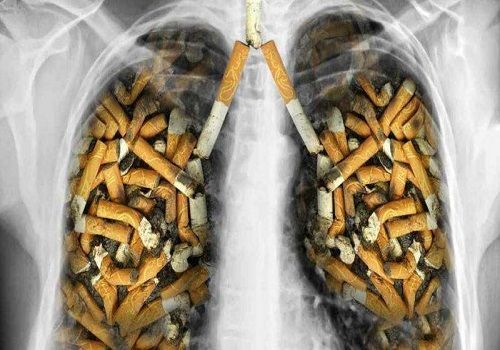 Cigarette smoking is considered to be the largest single cause of lung cancer. Tobacco smoke consists of thousands of chemicals and many of which are poison. These chemicals cause damage to the tissues and whenever people smoke, their body has to fight to heal the damage caused by the chemicals. Over time, the damage leads to the occurrence of the disease

When an individual inhales smoke, the chemicals reach the lungs quickly and from the lungs, it reaches the blood and is spread to other parts of the body.

Radon gas is defined as a radioactive gas that is released from the decay of uranium in rock and soil. When naturally occurring uranium breaks down, it produces radon gas. It is an invisible, odourless and tasteless gas that diffuses into the air. To some extent, it is present in all residential homes but in low concentration. It is naturally present in soil, rocks and building material from where it spreads with relative ease, mixing with other gases present in the atmosphere. Radon gas can also be found in water.

Radon is present in nearly all air and each of us breathes radon in every day, but in low concentration. However, those who inhale a high amount of radon are at higher risk of developing lung cancer. Radon can enter homes through cracks in floors, walls, or foundations and due to the closeness to the ground, basement and first floor have higher radon level as compared to other floors.

Asbestos is a mineral mined in the rocks which are found in amosite, crocidolite, and chrysotile, used in many industries. Multiple studies suggest that exposure to asbestos dust is associated with the development of various diseases, including lung cancer. In the lungs, the asbestos causes local inflammation and disrupts the orderly cell division.

The severity of asbestosis depends on the total amount of asbestos to which an individual has been exposed and the length of time since exposure first began. The fibres of asbestos can remain in the lungs for a long time and the tumour that can occur due to the presence of asbestos fibres in the lungs continues to develop for many years even after exposure stops. Usually, the lung cancer which is caused by asbestos is known as bronchial carcinomas.

The risk of developing lung cancer among workers who are exposed to both asbestos fibres and cigarette smoke is high and according to the reports, thousands of deaths have been caused by asbestos-related diseases.

Over the past decades, it has been observed that outdoor air pollution is linked to the development of different types of cancer, including lung cancer.

Like all other diseases, the symptoms of lung cancer can also vary from one person to another and some of the symptoms are as follows:

Small cell lung cancer is not a common type of lung cancer. This type of lung cancer begins in the middle of the lungs and it usually spreads early. It has the most aggressive clinical course and if it is left untreated, the median survival after diagnosis is only two to four months.

Stage 1 - In the first stage, cancer is diagnosed in the lungs but has not spread outside the lung.

Stage 2 - In the second stage, cancer is found in the lungs along with nearby lymph nodes.

Stage 3 - In the third stage, cancer is found in the lungs and lymph nodes in the middle of the chest. Stage 3 is subdivided into two:

Stage 4 - In the fourth stage, cancer is found on both sides if lungs, in the areas around the lungs and into the distant organs.

Tobacco exposure is the primary risk factor. People who smoke are 25 times more likely to develop lung cancer as compared to those who do not smoke. The association between tobacco smoke is strongest with small cell lung cancer as it is estimated that 98% of patients suffering from small cell lung cancer are smokers are have a history of cigarette smoking.  The risk of developing lung cancer strongly depends on the age of an individual started smoking, for how long he/she is smoking and the number of cigarettes smoked. Studies also suggest that people who don’t smoke but who have been breathing in other’s tobacco smoke are also at risk of developing lung cancer.

Tobacco exposure is the strongest risk factor for lung cancer. Other than that, exposure to radiations, air pollution, steel, and coal gas also increases the risk of developing lung cancer. Sometimes, factor like family history can also cause this disease.