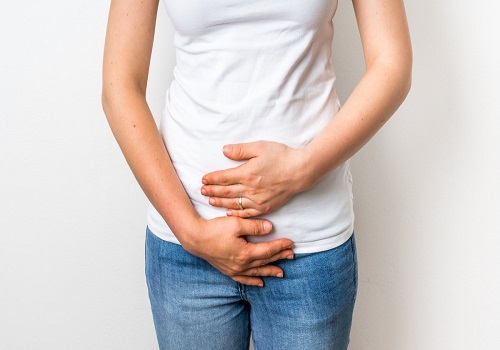 PCOS is a condition that affects periods, fertility, hormones and aspects of one’s appearance. The clinical symptoms of this disorder have a negative impact on the psychological and interpersonal functioning of women. Experts suggest that several factors play a role in the development of polycystic ovary syndrome which include genes, a high level of androgens and insulin. When the level of androgens become higher than the normal level, it prevents the ovaries from releasing an egg during each menstrual cycle. It can also lead to the growth of extra hair and acne.

PCOS is strongly associated with the development of various health conditions, including diabetes. Diabetes is defined as having high blood sugar levels in the body. Insulin is a hormone that controls the level of sugar in the blood and because of PCOS the body does not respond well to insulin, which results in an increased level of sugar. Many women with PCOS have insulin resistance. Insulin resistance is defined as the body’s inability to respond to insulin effectively.

Management is the key to treat this condition. Some of the ways in which people having polycystic ovary syndrome can manage this are as follows:

Multiple studies have suggested a positive relationship between exercise and improvement in the symptoms of polycystic ovary syndrome. Regular exercise or any form of physical activity is associated with weight reduction. Weight reduction can lead to a decrease in insulin resistance, which can result in the improvement of reproductive and metabolic disturbance in polycystic ovary syndrome. Exercise also causes significant improvement in the irregularities of the menstrual cycle and ovulation in most of the patients having PCOS.

Also Read: Things That Can Worsen Your Diabetes

Also, a reduction in the level of androgens can significantly improve the symptoms of PCOS. The reduction in weight leads to a decrease in the luteinizing hormone which in turn reduces the production of androgens. Exercising improves insulin sensitivity which reduces the risk of developing diabetes mellitus. Exercise also reduces the risk of being obese and obesity itself is associated with various other health problems that can worsen the symptoms of polycystic ovary syndrome.

There is some evidence that proves healthy food choices can eradicate the symptoms of polycystic ovary syndrome. Healthy eating is very helpful in reducing the symptoms of this condition in women and at the same time healthy eating reduces the risk of developing the complications that are associated with polycystic ovary syndromes such as cardiovascular disease and diabetes.

Polycystic ovary syndrome is also associated with obesity. Women having this disease often complain of gaining weight and hence finding it hard to lose it. Weight gain is a common symptom of polycystic ovary syndrome. Therefore having a dietary plan that promotes weight loss is essential to manage PCOS. There is a beneficial effect of weight loss on insulin resistance and reproductivity.

There is a strong correlation between stress and an increase in the total body weight. Research suggests that chronic stress is one of the important factors that can lead to the development of obesity. Not just obesity but chronic stress is responsible for various other health problems such as cardiovascular diseases and liver failure. The reproductive system in polycystic ovary syndrome is strongly dependent on the body weight and metabolism. Body weight is linked to the release of stress hormones, known as cortisol.