Marijuana Can Cause Harm To Erectile Function 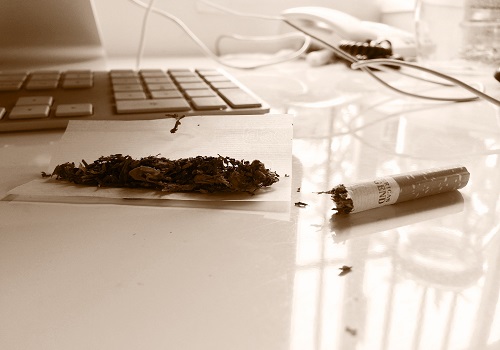 Erectile dysfunction is one of the most common sexual dysfunction in adult males and it is defined as an inability to obtain and maintain a satisfactory penile erection. It is a complex process which involves psychosocial, neural and vascular component.

Marijuana, also known as cannabis is one of the most widely used illicit drug throughout the world. Marijuana belongs to the hemp plant, cannabis sativa and it is used through smoking, vaporization, food intake and it can also be taken as an extract. It is believed that marijuana contains more than 400 compounds and the most active chemical compound that is present in marijuana is delta-9-tetrahydrocannabinol (THC). It is a psychoactive compound. Psychoactive compounds or drugs are the substances that have the ability to change the consciousness of the individual, mood, and thinking process. Memory, thinking process, and many other cognitive abilities get worse over time with marijuana use.

Numerous studies suggest that the prevalence of erectile dysfunction increases in people who suffer from mental illness. There is a strong relationship between mental illness and the development of erectile dysfunction. The brain has a lot to do with erections. The brain plays an important role in erectile dysfunction as during message from the brain travels down nerves to the penis and this releases neurotransmitters from the end in the nerves to the penis. The neurotransmitters lead to the production of cyclic guanosine monophosphate (cGMP)  which further increases the flow of blood to the penis which results in an erection.

Whenever any individual suffers from any mental illness, the functioning of the brain is impaired. According to the studies, people who are suffering from mental illness are six to seven times more likely to use marijuana as compared to those who do not have any mental illness and researchers also believe that these people are also likely to suffer from cannabis use disorder. Cannabis also has an effect on mood and perception. An intoxication of cannabis is known to cause both mood and perceptual changes. The perception of time is impaired and the mood and emotions are saddened.

Marijuana often leads to the development of depression and anxiety. It triggers the symptoms of depression which in turn causes anxiety issues. Depression is one of the psychological disorder that is strongly linked to the development of erectile dysfunction. Depression causes loss of libido. The process of erection is complex and involves multiple factors and impairment in any of the factors can cause erectile dysfunction. Sexual desires are one of such factor and when the sexual desires reduce, it is known as loss of libido.