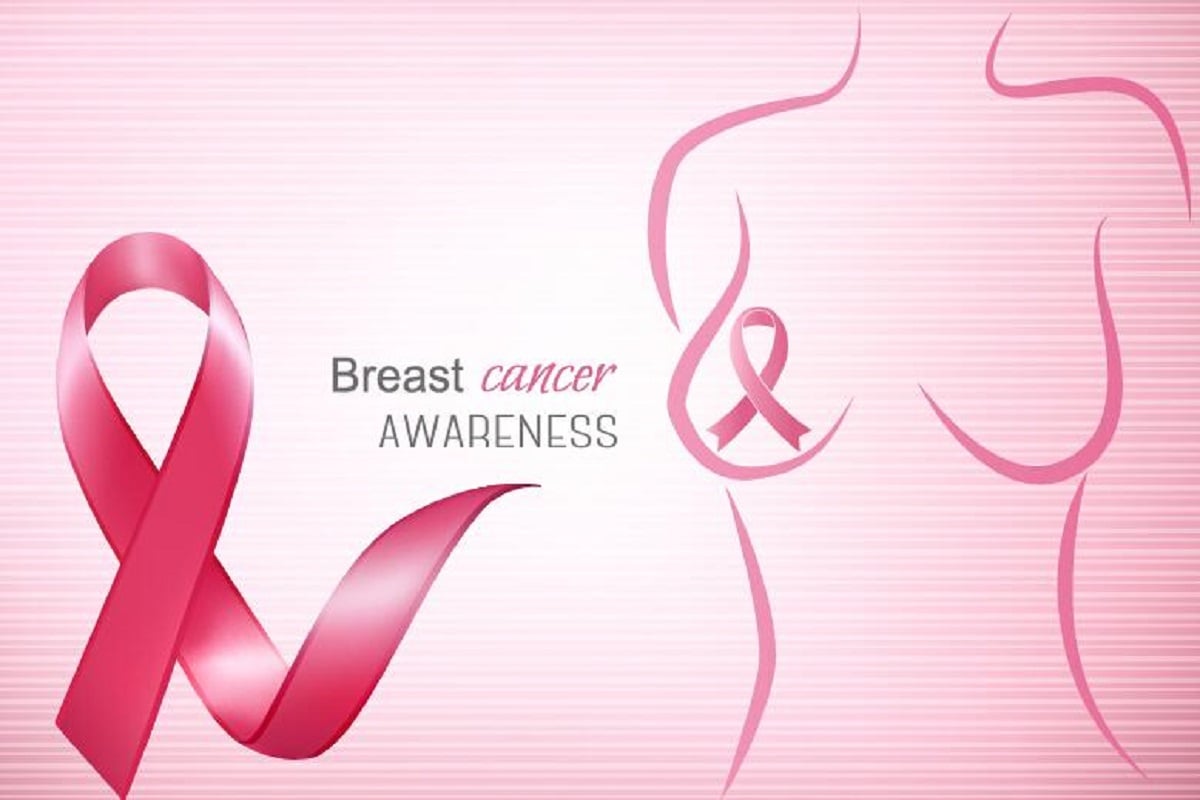 Let's have a look at the prevalent myths vs facts associated with Breast Cancer.

1. MYTH: If you don’t have a family history of breast cancer, you are not at risk of getting one.

FACT: Only 5% to 10% of breast cancer cases are caused due to the genetically inherited gene, which means it occurs due to some unusual changes in some genes transferred down by parent to child. The doctors most often are not able to provide any specific reason for the cause of breast cancer, the most common being you are a woman and getting older. The healthy cells of the breast can mutate over a certain time period and turn into cancerous cells. The majority of the women who get breast cancer, do not have any family history of this disease and it is most probably triggered by an unhealthy lifestyle.

If in case you have an active history of hereditary breast cancer in your family, you are at an increased risk of getting or developing a cancerous tumor. This depends on the gene involved in the process, for example, if the mutation occurs in BRCA1 and BRCA2 genes, it is likely to get passed in Autosomal Dominant Pattern which further infers the presence of one copy of the mutated gene in each cell is sufficient to set off the chances of developing a cancerous tumor. 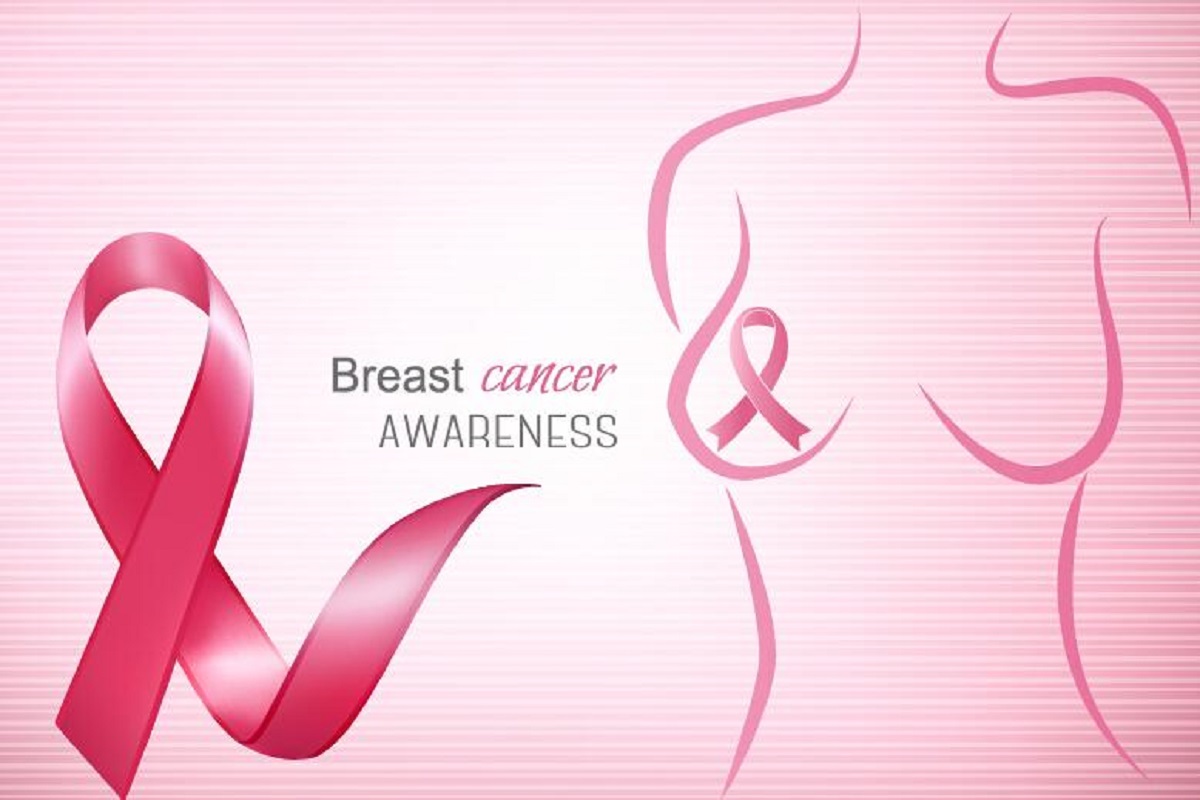 FACT: Having a healthy lifestyle definitely reduces the risk of getting breast cancer but does not altogether remove the chances of getting affected by one. Lifestyle factors like keeping a healthy weight, exercising regularly, eating healthy and restraining from alcohol and smoking lower the likelihood of the disease but do not guarantee complete prevention from it.

Thus, apart from having a healthy lifestyle one should get regular breast cancer check-ups done because no one is 100% safe from breast cancer and the possibilities of its occurrence are always there.

3. MYTH: Wearing a bra can be one of the reasons for breast cancer.

FACT: There is no scientific evidence about underwired bras causing breast cancer. The claim is that wearing an underwired bra causes blockage of drainage lymph nodes thus resulting in the build-up of a toxicant. In fact, in a study conducted in 2014, on around 1500 women who were suffering from breast cancer, there was no evident link between wearing a bra and developing breast cancer.

4. MYTH: Use of underarm antiperspirants can cause breast cancer.

FACT: The prevalent rumors associated with the use of antiperspirants is that they block the release of sweat, thus preventing the toxins to get out of the body and increasing cancer risk. One more misconception about them is that they, especially the ones which contain chemicals like aluminum and phthalates, contaminate the breast cells and increase the chances of getting breast cancer tumor.

No scientific evidence supports the following claims, rather most cancer-causing substances are removed by the kidneys through urine. Some studies do reflect that women who use aluminum products for their underarms have a high concentration of aluminum in their breast tissue. But still, there is no association of antiperspirant products with breast cancer. However, you can definitely lower the use of chemically treated products for underarm perspiration.

Also Read: Is Dairy Good For You?

5. MYTH: Breast Cancer can be caused due to carrying a cell phone in your bra.

FACT: Such concerns were raised that having cell phones near your breast area can result in increased chances of breast cancer, highly supported by a warning issued by Dr. Oz Show, in 2013, asking women not to carry their cell phones in their bras.Though many young girls have developed cancerous tumor over time due to regularly carrying their cellphones in their bras.

Phone manufacturing companies as well suggest to keep mobile phones as far as possible from the body, thus as a prevention method, you can try not to keep your cell phones in your chest pockets.

FACT: Consuming large amounts of sugar can promote the growth of cancerous cells in your body, is a popular myth associated with all types of cancer, not just breast cancer.

All cells use sugar also known as glucose to function, and cancerous cells can rapidly utilize the sugar present in blood as compared to healthy cells but there is no established confirmation that unrestrained glucose intake inflicts cancer in one’s body. But studies suggest that suffering from diabetes can cause a higher risk of breast cancer

Thus, as a part of the approach towards a healthy lifestyle, it is always recommended to reduce the sugar intake in day to day life.

7. MYTH: Having regular annual breast checkup done, guarantees to zero occurrences of breast cancer, because diabetes is caused due to overconsumption of sugar which leads to weight gain.

FACT: Mammogram is a commonly used method by doctors to detect breast cancer among women. A mammogram is an X-ray picture of the breast which is a very efficient way to screen for the presence of any cancerous tumor but it is not completely reliable.

Mammograms at times are not able to detect early stages of breast cancer tumor. Going by the estimated figures, mammograms miss 20% of the cancerous tumor at the time of screening. The best explanation for this is having dense breast tissues, which means your breast tissues are composed of more glandular and connective tissues than fatty tissues. This makes breast cancer screening more difficult and increases the risk of breast cancer.

So it is very important to regular physical examination of your breasts done by a health professional.

8. MYTH: Breast Cancer always becomes prominent in the form of a lump in your breasts.

FACT: Early stages of breast cancer cannot be felt in the form of a lump and thus self-examination of the breasts should be no alternative to regular breast screening through mammograms. Breast cancer does not always cause a lump, at times by it does, cancer has already spread to nearby lymph nodes.

Apart from that any sort of lump, whether painful or not, if detected in your breast should be answered with immediate medical attention.

9. MYTH: Recurrence of early-stage breast cancer is not possible.

FACT: People think if they had early-stage cancer i.e. did not spread to underarms or nearby lymph nodes, it can’t return. There is no assurity to it, although people with early-stage breast cancer have reduced the risk of it coming back again.

Another myth related to this issue is that if cancer did not occur again for the first 5 years, it won’t happen anymore. Even after 20 years of the first diagnosis of early-stage breast cancer, there is a 15%-20% chance of its recurrence. Thus, your medical professionals can help you understand the probability of recurrence of your breast cancer which is dependent on factors like the size of your tumor, the condition of your mutated cells, lymph nodes involved and specifics of treatment method used.

FACT: Though breast cancer is more prevalent to women who have gone through their menopause, young girls and men as well are equally likely to get breast cancer. As per reports released in 2017, 4% of invasive breast cancer was diagnosed in women under age 40, 23% among women in their 50s and 27% in women aged between 60 to 69.

Women belonging to all age groups need to be careful about their breasts and seek immediate medical attention to any unusual changes observed in their breasts.

11. MYTH: All Breast Cancers are treated in the same manner.

FACT: There are different treatment plans available to various types of breast cancers. The factors which determine the treatment approach for an individual are the following: