Testosterone is a primary male sex hormone that plays an important role in reproductive and sexual functioning. In males, testosterone plays a major role in developing main reproductive tissues such as prostate and testes. It also works in developing secondary characteristics in men such as beards, the growth of body hair, muscles and bone mass. It has a significant influence on important aspects of life such as physical appearance, sexuality, and mentality. Fluctuations in the testosterone level often lead to disorders such as sleep apnea, benign prostatic hyperplasia, limiting the production of sperm, problems with erection and many more health issues. Testosterone level is partly influenced by the hormone itself but like other hormones, it can fluctuate due to many factors that are under the control of an individual. 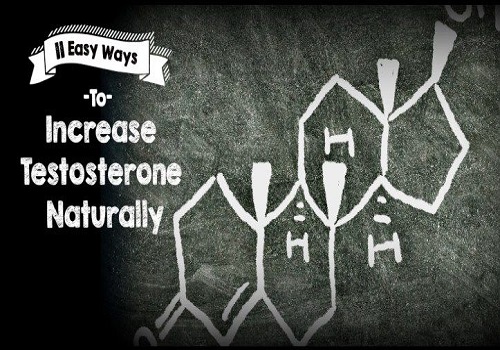 By adopting some changes in the lifestyle, one can reduce the chances of imbalanced testosterone level.

Researchers found that people who have a high level of testosterone in the blood often have a low level of the stress hormone cortisol and they also found that cortisol has an inhibitory influence on the testosterone. These two findings suggest that stress hormone, cortisol, and testosterone are linked with each other. The production of testosterone is regulated by the hormones that are released from the brain and the brain and the testes work together to maintain the adequate level of testosterone. High oxidative stress is associated with cognitive impairment in men. Stressful situations as experienced during work or due to any event have been shown to decrease testosterone level and when the situation changed for the better or when the situation becomes better, the testosterone level clearly rose. Testosterone is also linked to violent behavior or aggressiveness and people under stress often deals with violent behavior.

2. Increase intake of the Vitamin D

Sleep deprivation has been associated with various adverse psychological problems such as endocrine disturbances, impairment of the immune system, and problems with the cardiovascular system. Loss of sleep can have a dramatic effect on the testosterone level in men and to some extent, the production of testosterone is dependent on the duration of sleep and the type of sleep. Normal sleep throughout the night can help in maintaining the normal level of testosterone but sleep deprivation or any disorder related to sleep such as frequently waking up at night affects the testosterone level. Also, loss of sleep affects the mood of a person and frequent loss of sleep can have an adverse effect on the mood. Depressed state or bad mood can affect the production of this sex hormone and causes health problems.

4. Limit the intake of sugar