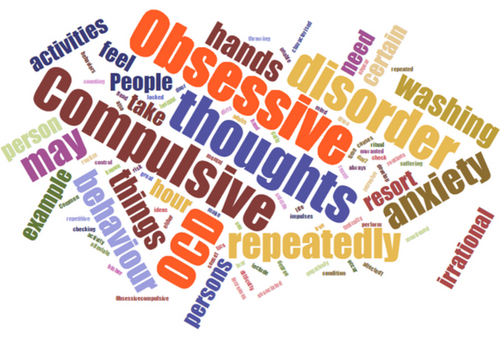 Obsessive-Compulsive disorder is a mental disorder which is characterized as unwanted and recurrent thoughts that makes the person perform repeated ritualistic behavior and routines to ease their anxiety. This disorder has two parts:

Obsession: Obsessions are unnecessary thoughts, worries, and images that repeatedly appears in mind and makes a person anxious and distress. Many people experience negative or unwanted thoughts, but people with obsessive-compulsive disorder are unable to ignore these thoughts. Fear of contamination, fear of being ill, and fear of failing are some of the examples of obsession.

Compulsion: Compulsions are the activities that a person do to reduce the anxiety that is caused by the obsession. Washing, eating, checking, shopping, and counting are some types of compulsive behavior. 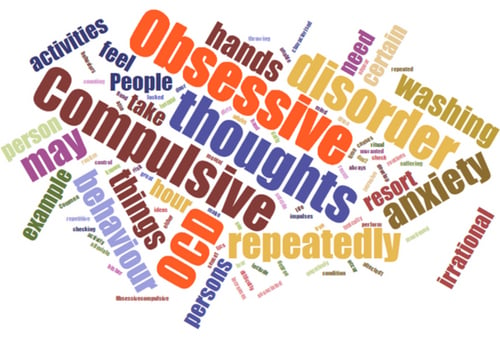 Obsessive-compulsive disorder throws a negative impact on the quality of life, and this disorder throws a significant effect on how the person lives their life. It disrupts their life to a great extent as their repeated actions will consume time a lot of time and make them frightened to participate in activities that can trigger their disorder. People having obsessive-compulsive disorder often find it difficult to talk about their thoughts or situation with others, and this makes them feel lonely. And most importantly, frequent anxieties throws a significant impact on the overall health of the person.

Body dysmorphic disorder is an anxiety disorder which is related to the body image of a person. It is a condition in which a person worries about the flaws in their physical appearance. These flaws are not visible to others, but still, it becomes a cause of their anxiety. Due to stress, a person might end up developing a routine of excessive use of the mirror. The severity of this condition varies from person to person, as in some cases, this disorder can make them feel shameful and guilty. It can also make it difficult for them to go out in public.

Trichotillomania is also known as hair-pulling disorder and it is a condition which results in the repetitive pulling of hair from the scalp, eyelashes, eyebrows and other parts of the body and leading to noticeable hair loss. It is considered as an impulsive control disorder in which pulling of hair is done to such as extent that it causes bald patches. In some people shame about hair pulling causes great emotional distress. Skin infections and repeated injuries can be some other problems related to trichotillomania.

Hoarding disorder is a disorder which is characterized as a problem in discarding the object such as newspaper, book, and clothes believing that they are useful, even though the items are useless and of no use. This disorder is also known as a compulsive hoarding and this type of behavior is linked with several problems such as the economic problem and it throws adverse effect on friends and family members. It also comes with serious health and safety risks for older people such as an increased risk of falling, infections and respiratory issues.

Excoriation or skin picking disorder is a serious problem in which a suffering person repetitively touch, scratch or dig into their skin in order to remove small irregularities or imperfection. It is a mental disorder in which the behavior results in skin discoloration and scarring. The severity of this condition varies from person to person and in serious cases it can lead to tissue damage. In extremely severe cases, it can lead to severe sores that require medical attention. In some people picking the skin can serve as an emotional stress

Bipolar disorder is a serious brain illness in which a person goes through unusual mood changes. It is otherwise known as manic depression in which an individual behaves abnormally energetic, happy or irritable. It is a lifelong mental health problem which affects the way you live and it is an irritable condition for both patients as well as their family members. The changes in the mood can be accompanied by changes in sleep, the ability to think properly and changes in the energy level.