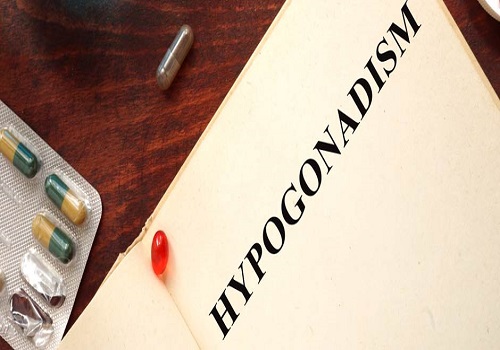 Hypogonadism can affect men of any age. Testosterone is an important steroid hormone that is involved in various body processes such as reproductive physiology, morphology, psychology, and behavior and each of these processes are involved in the normal functioning of the reproductive system. Testosterone is extremely important to maintain the sexual health of a man as it is not only vital for the growth of reproductive organs in males but it also enables a man to experience sexual desire and have an erection.

The symptoms of this disorder include decreased libido, impaired erectile function, weak muscles, depressed mood, and decreased vitality. Advancing age is the most common cause of testosterone but it is not the only cause of it. There are many other factors that can become a cause of hypogonadism or the lack of testosterone and some of the causes include:

Hemochromatosis is a disorder which is defined as the toxic accumulation of iron and very high iron levels in the body can lead to low testosterone, low sex drive, and infertility. It is an inherited disorder that is characterized by an increased iron uptake from the gut and deposition of iron in the organs like liver, pancreas, heart and some tissues of the body as well.

A majority of people who are diagnosed with hemochromatosis also suffer from sexual dysfunction and lack of testosterone in the body is the significant cause of sexual dysfunction. Iron is deposited into the gonadotropins of the anterior pituitary gland that impairs the release of various hormones and leads to hypogonadotropic testicular failure and hence, loss of libido and impotence.

Klinefelter syndrome is also known as 47,XXY and it is one of the most common sex chromosomal disorder that affects a large number of men. It results from X Chromosomes in males and it is the common cause of infertility and hypogonadism. Klinefelter affects the functioning of testicular.

Development and mal-development of testes in the Klinefelter syndrome begin in the fetal life and the loss of germ cells continues during infancy and accelerates through the puberty, causes conditions like fibrosis and hyperplasia of Leydig cells. It further results in the small firm testes and hypogonadism is a condition that occurs due to abnormalities in the testes.

In the United States, obesity is one of the most common medical conditions and it is defined as an excessive weight gain that interferes with day to day activities. Obesity is highly associated with low testosterone level and it can be due to low sex hormone binding globulin in obese men.

There is a negative correlation between the body mass index and testosterone level and the relationship between them is complex. Sex hormone binding globulin decreases with an increasing obesity that results in the consistent decrease in the total testosterone level. The exact cause of low sex hormone binding globulin is not known yet but it is believed that it is associated with insulin resistance.

Hypothyroidism can result in the reduction in the levels of sex hormone-binding globulin and a decrease in total testosterone level. It also leads to a decrease in luteinizing hormone and follicle-stimulating hormone that are closely related to the production of testosterone.