Some Serious Complications Of Hypothyroidism

Some Serious Complications Of Hypothyroidism

Hypothyroidism is one of the common hormone deficiency and it is defined as a condition of underactive thyroid gland. It occurs when the thyroid gland fails to produce thyroid hormone adequate enough to fulfill the needs of the body. In the early stage, this disorder may cause very few symptoms but as it progresses it causes symptoms like pervasive fatigue, drowsiness, depression, memory and learning impairment, muscle weakness and muscle cramps. The thyroid gland is a gland that is located in the front of the neck and this gland of the endocrine system produce and store hormones and release them into the bloodstream. The thyroid hormones regulate the metabolism, the way in which body uses energy and these hormones affect every organ of the body. 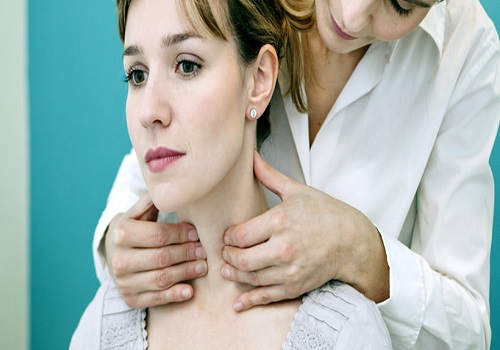 Thyroid disorders are one of the commonest endocrine diseases in today’s time and hypothyroidism is a problem that is particularly common. For various neuroendocrine functions in the human body, the thyroid axis play a critically important role. The thyroid hormone receptor messenger RNA is expressed in the brain, skeletal muscle, heart, pancreas, and kidneys. Therefore any dysfunction with the thyroid gland can be associated with a wide range of diseases in both, children and adolescents.

Myxedema is one of the disorder that falls within the spectrum of endocrine emergencies. It is defined as a rare and extreme expression of severe hypothyroidism. Although coma is the predominant clinical presentation, but it is also accompanied by depression, paranoia and hallucinations. The neurologic symptoms of this disease also include various cerebellar signs such as problems with coordinating movement of the hands and feet, poor memory and abnormal findings on electroencephalography. Hypothermia and unconsciousness are two of the cardinal features of myxedema. Hypothermia is defined as a condition of abnormally low body temperature. Myxedema is associated with various complications. Myxedema contributes to the severe renal impairment and it is due to decreased renal blood flow and an increased vascular resistance in the afferent and efferent arterioles which further results in low glomerular filtration rate. Gastrointestinal problems are also commonly associated with this disease and constipation is one of the most common gastrointestinal problems and it occurs as a result of decreased motility.

Various researchers have suggested that hypothyroidism can have a significant impact on the reproductive system. Infertility has been recognized as a public health issue and it is more common among women these days. Infertility is defined as an inability to conceive even after unprotected sexual activity for a year. Hypothyroidism is strongly associated with infertility and it is due to altered peripheral estrogen metabolism, hyperprolactinemia, and defects in homeostasis. Also, an abnormal pulsatile release of LH is one of the main cause of the increased rate of infertility in women and disturbances in GnRH secretion due to hypothyroidism leads to an abnormal pulsatile release of LH. In men, hypothyroidism is associated with erectile function and it adversely affects the erectile function and semen quality in men. Hypothyroidism is one of the common cause of erectile dysfunction in men and it is defined as a condition in which men find themselves incapable of having or maintaining penile erection sufficient enough to have a satisfactory sexual intercourse.

Hypothyroidism is highly associated with mood disturbances and cognitive impairment and various researchers suggest that memory improvement has been witnessed with the treatment of hypothyroidism. Thyroid hormones play an important role in the functional development and maturation of the central nervous system, therefore any fluctuations in the production of thyroid hormone have a direct impact on the cognitive function of the human body. During brain development, deficiency of thyroid hormone can have a devastating and irreversible effect on the neurological function. It affects the hippocampus which is a brain region and a necessary substrate for the learning and memorizing. If hypothyroidism is left untreated, cognitive neurological symptoms are quite common and particularly it often results in the slowing of cognitive function with memory impairment and apathy.

There are many pieces of evidence that suggest that there is a strong relationship between the functioning of thyroid and kidney. Thyroid hormones play a significant role in the growth and development of the kidneys. Hypothyroidism is highly associated with declined kidney function and if it is left untreated, it can lead to the development of kidney disease. Severe hypothyroidism can decrease the blood flow to the kidneys and hence an impairment in its function.

Thyroid hormones play an important role in the functioning of the organs of the body and any fluctuations can have an adverse effect. Lack of thyroid hormone is a serious disorder and if it is left untreated, it can become a cause of major complications.