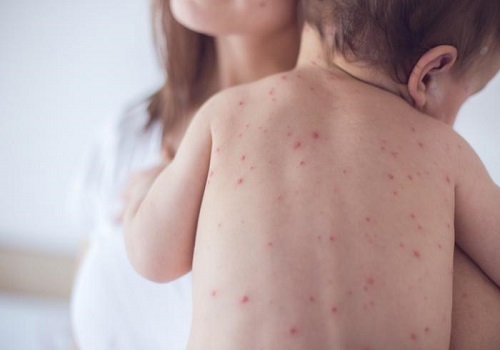 Impetigo is a common but highly contagious bacterial infection of the skin which is caused by bacterias known as streptococcus and staphylococcus. Although impetigo can affect any age group, most commonly it occurs in children. Impetigo is categorized into two types:

Basically, impetigo occurs in two forms - crusted and blistering. Blisters occur on the normal skin and grow rapidly in size and number. On the other hand, crusted impetigo is characterized by thick and soft yellow crust which grows slowly and are usually not painful but can be itchy.

Also Read: Healthy Diet Tips To Get A Fitter Body

Chicken pox is a viral infection which is caused by the virus known as zoster virus. This virus infection is most commonly seen in children under the age of 10 and usually, it is mild but it can be life threatening in the newborn babies.Chicken pox is highly contagious and can be spread from one person to another and it is spread by touching the blisters, saliva, or mucus of an infected person. Although chicken pox is common in children, it can happen in adults also and it is believed that it is more serious form in adults and adults are more likely to suffer severely from chicken pox.

Usually, the symptoms of this disease occur 10 to 21 days after an exposure and some of the most common symptoms that occur in patients having chicken pox are rashes, fever, and itchy blisters. Usually, the rash appears first on the head, then the trunk and then on the extremities. Many a time lesions also can occur on mucous membranes of the oropharynx, respiratory tract, vagina, conjunctiva, and the cornea. The vaccine known as varicella vaccine is a vaccine that protects an individual against chicken pox.

Fifth disease is another skin disease which commonly occurs in children and it is characterized by the mild rashes on the face, trunk, and limbs. Fifth disease is generally mild and it is caused by the virus known as parvovirus B19. Rashes can occur on other parts of the body as well such as arms and buttocks and it is accompanied by symptoms such as fever, headache, sore throat, runny nose, congestion, body ache, nausea, and diarrhea. Sometimes the fifth disease can also occur in children and in adults joint pain and arthritis can also occur. Many times fifth disease occur without any development of symptoms. Most often, people who have a weak immune system are at risk of developing this disease. Generally, the immune system is a defense system but sometimes, it fails to protect the body against virus, bacterias and other foreign invaders.

Fifth disease is highly contagious and it can be spread from one person to another even before an individual develop symptoms. The virus is spread through airborne droplets from the mouth or throat. Fifth disease can also be spread from mother to fetus. If the pregnant woman becomes ill with the fifth disease, this increases the risk of some problems to the developing baby.

Heat rash is also known as miliaria and it is a skin rash which occurs when there is increased sweating under warm and humid conditions. Miliaria is categorized into four types:

Eczema or atopic dermatitis is most common in infants and it usually occurs in children under the age of 2. It is very common and one in every five children are affected by this disease. Eczema is not an infection and neither it is contagious. This means that a child cannot give eczema to another child. Eczema only affects the skin and it is characterized by red, dry and itchy skin which sometimes become blistered, crusted, scaling and thickened. The skin barrier of the people having eczema does not work well and also the skin has less water retaining properties and the water is easily lost from the skin and make it dry.

Eczema is a complex condition and it can be caused by a number of different factors such as problems in the skin barriers or when some abnormality occurs in the inflammatory and allergy responses.  Eczema can also be hereditary, means that if one or both parents have eczema, a child is more likely to develop it too. It runs in the family. Various studies suggest that most patients having eczema also develops asthma or hay fever.