Fighting Depression- Why It Should Be Done By The Earliest

Fighting Depression- Why It Should Be Done By The Earliest

Many times we hear people saying that they are depressed or they know someone who is dealing with the state of depression. Depression is one of the common illnesses which is associated with long duration of episodes, relapse, and recurrence. Depression is a common and serious disorder which have affected approximately 10% of the population who are aged less than 18 years in the United States. Overall, millions of people are living with depression.

Many think that depression indicates the feeling of sadness. But it is essential to understand that depression is more than just being sad. It is a serious mental disorder that significantly impairs the quality of life and affects how an individual functions day to day. 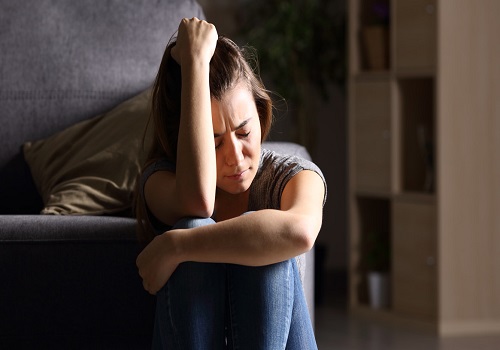 According to the research, people with depression have impaired physical, social, and work functioning as compared to the healthy people, and the impact of depression on an individual depends on the severity of depression. Depression is associated with a wide range of symptoms such as:

There is no denying to say that depression takes a serious toll on health and it could be responsible for the impairment of various systems in the body.

Effects of depression on brain

Multiple studies have revealed that many morphological changes in the structure of the brain are associated with the development of depression. It is strongly believed that a reduction in grey matter is the main cause of it. Left anterior cingulate cortex which is ventral to corpus callosum is showed a significant reduction in grey matter in patients with depression. Structural changes in the brain are responsible for the pathological problems and these changes are reversible once the chronic depression is treated. But if it is left untreated, it can have a significant impact on the working of the brain.

Also Read: List Of Some Of The Common Complications Of Cirrhosis

The most commonly affected areas in the brain include hippocampus in the temporal lobe and left anterior cingulate cortex. Hippocampus in the temporal lobe plays an important role in the learning and memory and both these functions are impaired in patients who suffer from depression. On the other hand, left anterior cingulate cortex is associated with the functioning of many areas in the brain such as cognition, emotion, autonomic function, and conflict resolution.

Sexual life is an important factor in determining the quality of life of an individual. Sexual function is primarily associated with libido, erections, release of orgasm and arousal. Most often, patients with depression are accompanied by loss of interest, reduction in energy, reduced self esteem, irritability, inability to enjoy pleasure, and social withdrawal.

Medication of depression leads to an increase in prolactin, one of the hormones in the body. Testosterone release in the blood is directly inhibited by prolactin. As a result, there is a decrease in the level of testosterone. Also, serotonin that plays a role in all the phases of sexual function is also found to be low in patients with depression.

We have all heard that stress has a significant impact on sleep pattern. Whenever an individual is depressed, he or she is more likely to have impaired quality and quantity of sleep. Research has stated that the sleep in an individual is regulated by two processes, circadian process, and homeostatic process. Circadian process regulates the daily rhythms in the body and the brain. Normally the sleep to drive in the circadian clock increases at around 11 PM and reaches its peak at around 4 AM. On the other hand, the homeostatic process is wake dependent. This means that it increases the proportion of the amount of sleep. Both these processes interact together to induce sleep. The development of depression causes disruption in both these processes.

Both depression and cardiovascular disease are the common causes of disability and studies indicate that there is a correlation between the two. It is believed that if depression is left untreated for a long duration, the risk of developing cardiovascular disease increases. One of the studies concluded that the risk of developing heart disease in patients with depression can be due to high blood pressure and obesity.

There is evidence that supports that depression is one of the causes of both high blood pressure and obesity. There are various mechanisms that explain the relationship between blood pressure, obesity, and depression. One of the mechanisms includes the role of sleep deprivation in the development of obesity. As stated above sleep disorders are very common in people suffering from depression, as a result, sleep deprivation occurs. Lack of sleep is one of the causes of obesity and this is because sleep deprivation alters the level of hormones that can be responsible for weight gain.