5 Things Women Must Know About Menopause 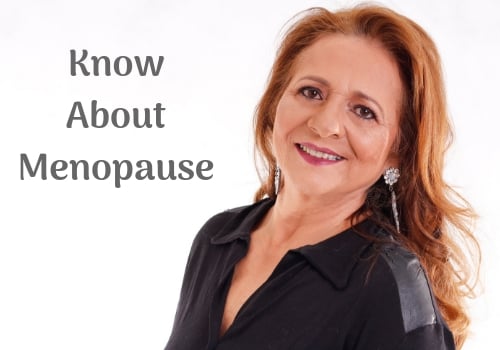 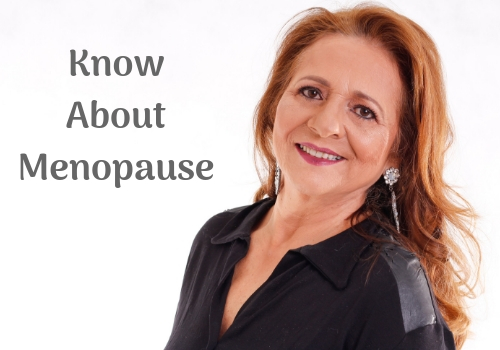 2. The relationship between hormones and menopause

Hormones are the chemicals that are made in the body and are responsible for various body functions such as reproduction, repair of cells, and digestion. Fluctuations in the level of hormones cause many changes in the body and menopause is also the result of the changes in the level of hormone. Usually, in the early teenage years, females began to have a monthly hormonal cycle which is known as a menstrual cycle.

It happens when the levels of the hormone estrogen rise during the early part of the cycle and stimulate the growth of an egg in the ovaries. Progesterone, which is another hormone in the body thickens the lining of the uterus and if the egg is not fertilized by the sperm, the levels of the hormone drop and it sheds as periods. With advancing age, there is a decrease in the ovulation, production of the hormones. It can also lead to a stoppage in the functioning of ovaries and no eggs are released and these fluctuations are the reason for many symptoms that occur during menopause.

The signs and symptoms of menopause may differ from each woman as many women go through this stage of life without any problem whereas many women experience major symptoms. Also, for some women, the symptoms may begin two years before the periods stop. There are some symptoms that most of the women experience during this phase of their life:

An irregular menstrual cycle is the most common symptom of menopause. Many women experience less regularity in their monthly cycle whereas some women find their cycle to be very regular. Some women may also experience heavy bleeding that lasts for more than normal duration.

Also Read: Do You Know That Nail Color Tell A Lot About Your Health?

Hot flushes are another symptom that is quite common and it happens due to the changes in the temperature of the body. A woman may experience heat on their face, neck and other parts of the body and it is often accompanied by red flush and sweating. Hot flushes during night time are known as night sweats.

Discomfort in the vagina depends on the production of the hormone estrogen. Oestrogen is required to keep the vagina moist and when the body fails to produce enough oestrogen, women may experience dry vagina.

Women may also find trouble sleeping as a symptom of menopause and according to the researchers, four in every ten women experience some kind of sleep disturbance, including sleep apnea and difficulty in falling or staying asleep. Sleep apnea is a sleep disorder which is characterized by the pauses in the breathing while sleeping and these can last for seconds to minutes. It can happen many times during the night.

There are several medical conditions that may develop as a result of menopause or the changes in the body  and some of such conditions include:

Osteoporosis is a disease which is defined as a deterioration of the tissues of the bones and reduced body mass. It is an increased risk of fractures and the joints of the hip, spine, and wrist are the most attacked areas of the body. After menopause, there is a rapid increase in bone loss and as a result, it highly increases the risk of developing osteoporosis.

Incontinence is a term which is used to describe the lack of voluntary control over urination. During this phase of life, women may experience a sudden and strong urge to urinate and this is due to the changes in the tissues of the urethra and vagina.

Menopause is that phase of life that every woman goes through as their age increases, therefore knowing about it is important. Knowing the symptoms and complications that are associated with it can help you manage menopause easily.