How Thyroid Disorders Are Linked To Sexual Dysfunction ?

Reproductive function is one of the most important function for the continuation of life and normal functioning of the reproductive system involves endocrine, molecular and cellular systems. Several diseases interfere with the healthy sexual that demands medical help. Endocrine disorders such as deficiency of androgen in males, estrogen deficiency in females, hyperthyroidism, hypothyroidism, diabetes, obesity, metabolic syndrome and some adrenal problems in both the sexes could be responsible for sexual dysfunctions. 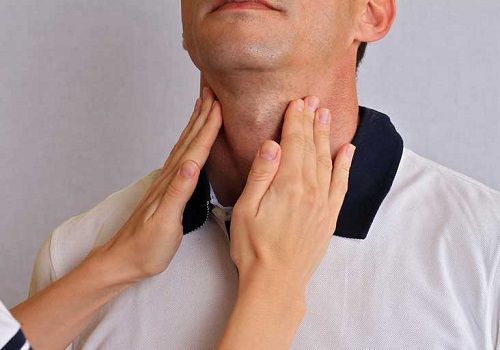 Normal thyroid function is important for the normal reproductive function. Various studies have confirmed that there is an association between thyroid disorders and abnormalities of the reproductive system. The thyroid gland is a small gland which is located below the neck. It secretes the hormones that help in regulating the metabolism of the body. Triiodothyronine and thyroxine are the two main thyroid hormones that play a vital role in the functioning of various systems in the body. The production of the thyroid hormone is controlled by the pituitary gland which is a small gland, located at the base of the brain and in addition to the thyroid gland, it also controls other glands of the body. Mainly there are two types of thyroid disorders:

Thyroid hormones function to control metabolism. The functioning of the thyroid gland is under the control of the hypothalamo-pituitary axis and any changes in the functioning of the thyroid gland can have a direct impact on the reproductive health of a person. Also, thyroid diseases are one of the most common endocrine disorder that affects the reproductive health and lead to the development of sexual dysfunction.

Disorders with thyroid hormone can cause sexual dysfunctions and hyperthyroidism and hypothyroidism are the main thyroid disorders that have adverse effects on the male reproductive system. Sexual function in men is highly affected by the thyroid disorders. Numerous researchers have studied the effect of thyroid hormones on the reproductive system and they found out that an abnormal functioning of the thyroid gland can lead to reduced infertility and sexual impairment. The male reproductive function involves various factors such as normal libido, normal erectile function, intact hypothalamic-pituitary-target endocrine gland axes, and normal spermatogenesis.

Hyperthyroidism has been associated with increased risk of severe erectile dysfunction. Erectile dysfunction is a multidimensional disorder that significantly impairs the quality of living and it is defined as a condition in which a man finds it difficult to attain a satisfactory penile erection. It has a detrimental effect on the reproductive and sexual activity. There are many causes of erectile dysfunction and it can also result from an altered erectile function, cognitive decline, stress, and decreased interpersonal interactions. Abnormalities with the endocrine system may also have a negative impact on erectile function and such abnormalities are described in the patients who suffer from hypothyroidism.

Lack of testosterone is one of the common cause of sexual dysfunctions in men, including erectile dysfunction. Testosterone is one of the most important hormones for men’s reproductive health as it significantly affects the behavior of a person, including sexual behavior. It is also important for the development of male’s reproductive parts. It has a major role to play in the normal erectile function and deficiency of testosterone causes problems with erections.

Hormonal disorders of the female reproductive system are linked to various health problems that result due to the dysfunction of a hypothalamic pituitary ovarian axis. Thyroid dysfunctions are known to affect all the aspects of the reproductive system in females. Both hypothyroidism and hyperthyroidism can lead to infertility, abortions, failure of lactation, and other sexual dysfunctions. Thyroid disorder is a condition which is known to decrease the likelihood of pregnancy and can also affect the pregnancy outcome. Infertility is highly associated with thyroid disorders and infertility is defined as a failure of a couple to conceive even after one year of unprotected sexual intercourse. The link between hyperthyroidism and menstrual problems are also found and these menstrual disturbances can be due to a gonadotropin-releasing hormone that results in a raised level of luteinizing hormone and sex hormone-binding globulin and it also causes a rise in total estrogens. These changes in the hormones are thyroid induced changes.