Medicines have become a part of life as it responds to priority health needs of the population. Every day a large number of people purchase medicines for various different health problems, but there are certain medicines that are very common and are highly prescribed by physicians to their patients. 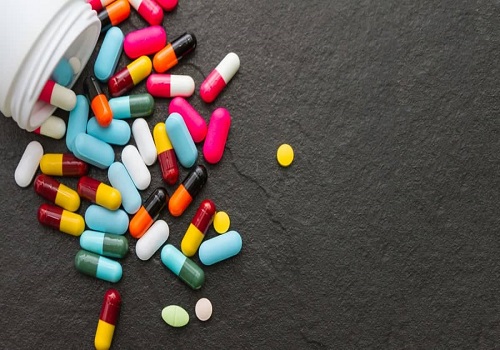 Here is the list of the ten best selling drugs in the USA:

Humira, also known as Tumor Necrosis Factor (TNF) is one of the best selling medicine in the USA. It is an injection which is given under the skin. Humira is effective in treating various health problems including arthritis, ulcerative colitis, and plaque psoriasis.

Eylea is a drug which is commonly known as vascular endothelial growth factor (VEGF) inhibitor and is recommended for the treatment of medical problems such as neovascular (wet) age related macular degeneration, macular edema following retinal vein occlusion, diabetic macular edema, and diabetic retinopathy in patients who suffer from diabetic macular edema.

Most of these problems are associated with the abnormal formation of new blood vessels in the eye which could lead to leakage of blood components in the eyes, resulting in damage to tissues that plays an important role in vision. Eylea works by inhibiting the growth of new abnormal blood vessels in the eye and prevents leakage. Eylea also improves the vision loss occurred due to the medical diseases.

Revlimid is a drug which has Lenalidomide as its active medical ingredient and it is one of the most recommended drugs for the treatment of multiple myeloma and myelodysplastic syndrome.

Lenalidomide in Revlimid works by modulating the functioning of the immune system in the body and attacks the cancer cells. The immune system is the defense system that protects the body against infections.  Revlimid also works by blocking the growth of blood vessels in cancer.

Rituxan is one of the highly recommended drugs which is easily available at an online drug store. It is recommended for the treatment of medical problems like non-Hodgkin lymphoma (NHL), blood cancer (Chronic lymphocytic leukemia) and rheumatoid arthritis. Rituximab is a monoclonal antibody that specifically binds to receptors on cancer cells and as a result, it flags the cancer cells for demolition by the body's immune system.

Rituxan is primarily used for the treatment of cancer. Non-Hodgkin lymphoma is a type of cancer that begins in the lymphatic system in the body. Blood cancer is a cancer of blood forming tissues. Sometimes, Rituxan is also recommended for rheumatoid arthritis which is characterized by the inflammation of joints.

There are some medications that are known to interact with Rituxan and can result in some unwanted side effects. Therefore, it is recommended to consume this drug only after consulting a doctor.

Enbrel is a solution for multiple diseases which are prevalent including rheumatoid arthritis, juvenile idiopathic arthritis, ankylosing spondylitis, psoriatic arthritis, and plaque psoriasis. Although Enbrel can be used alone for the treatment of rheumatoid arthritis, it is usually used in combination with methotrexate. Enbrel works by slowing down the damage to the joints caused by inflammation and improves the ability of an individual to perform daily activities.

Enbrel is considered to be a biotechnology protein which works by binding to tumor necrosis factor (TNF) and prevents the functioning of it. Tumor necrosis factor is defined as a naturally occurring chemical messenger and plays an important role in causing inflammation and pain in the joints.

Herceptin is a drug which contains trastuzumab as its active medical ingredient and it is defined as a humanized monoclonal antibody that selectively targets the extracellular domain of the human epidermal growth factor receptor 2 protein. Human epidermal growth factor receptor 2 protein (HTR2) plays an important role in stimulating the growth of cancer cells as they are present in a large amount on the surface of cancer cells.

Eliquis is a factor Xa inhibitor which belongs to the group of medicines known as antithrombotic agents. Eliquis has an active medical ingredient, apixaban which works by inhibiting the blood clot. Eliquis is highly recommended to prevent the blood clots in the veins, to reduce the risk of stroke and systemic embolism in patients suffering from nonvalvular atrial fibrillation, and to treat the blood clots that occur in the lungs and prevents the recurrence of these clots. Eliquis is one of the most recommended drugs by physicians and it is one of the best selling drugs in the USA. A large number of patients use this drug and are satisfied with the results.

Remicade, having infliximab as its active medical ingredient is a trusted drug for the treatment of multiple diseases including Crohn’s disease, Ulcerative colitis, Rheumatoid arthritis, Ankylosing spondylitis, Psoriatic arthritis, and plaque psoriasis. Usually, in people who suffer from these diseases produces tumour necrosis factor alpha (TNFa) in an excessive amount and causes the immune system in the body to attack the healthy parts in the body.

Infliximab, the active medical ingredient in Remicade is a monoclonal antibody which works by blocking the damage caused by excessive production of tumour necrosis factor alpha. It helps in improving the signs and symptoms caused by diseases.

Xarelto is one of the most prescribed medicines which is used to prevent the venous thromboembolic events in those patients who have undergone elective total hip replacement or total knee replacement surgery. It is also used to reduce the risk of stroke in patients who are suffering from disease atrial fibrillation. Atrial fibrillation is a condition in which an individual experience irregular heartbeat due to poor blood flow. It reduces the risk of serious heart problems and also reduces the risk of developing blood clots.