Benefits of The Golden Herb, Turmeric 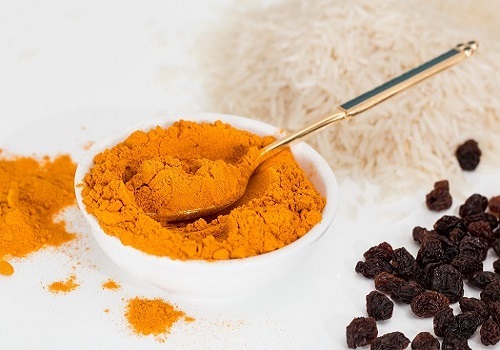 Turmeric is also known as Curcuma longa and it is a commonly used spice throughout the world. Apart from its use as a spice, turmeric has long been recognized for its medicinal properties. It has traditionally been used as a medicinal herb due to its various properties such as antioxidant, anti-inflammatory, anti-mutagenic, anti-microbial and anti-cancer properties. 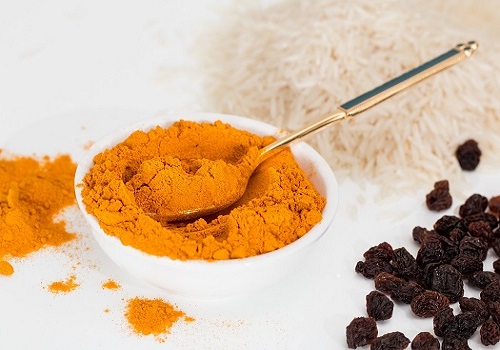 Curcumin is the main natural polyphenol found in turmeric and it shows an effect on multiple health benefits. The inflammatory cascade plays an important role in the development of chronic health problems such as cardiovascular disease, skin problems, autoimmune diseases, endocrine disorders, and neurodegenerative diseases. Curcumin plays an effective role in decreasing inflammation by inhibiting cytokines.

Various studies have shown the positive effect of turmeric on respiratory disease caused due to inflammation. An anti-inflammatory effect of curcumin is effective in treating various health problems. Some of the health problems that can be treated with turmeric are as follows:

Skin is a complex organ that protects the body against external environmental. The skin-friendly effects of the herbs are related to antioxidant and anti-inflammatory properties. Exposure of skin to ultraviolet rays gives leads to the formation of free radical species. These free radicals generated by ultraviolet radiations damage the skin regulatory mechanisms and results in skin problems like hyperpigmentation, wrinkles, and loss of skin firmness.

Yes, turmeric is considered to be one of the best herbs to treat problems that are related to the skin. Since ages, turmeric powder has been used for the treatment of inflammation and skin injury. High curcumin content in the turmeric has an effect on the skin.

Curcuminoid is another active substance in turmeric and has a wide spectrum of biological activities which includes its anti-inflammatory effects. Curcumin is widely used in cosmetics and acts as anti-acne, anti-oxidant, antibacterial.

Arthritis is a term which is defined as an inflammation of the joints. It is a condition which is characterized by the swelling or inflammation of the joints and is accompanied by redness, breathing problems, weight loss, fever, pain, and tenderness.Numerous studies have demonstrated that various forms of arthritis and joint inflammatory conditions can be managed through diet and supplementation practices. Turmeric is one of the herbs that is used against arthritis due to its anti-inflammatory properties. The anti-inflammatory properties of turmeric are highly effective in helping people to manage arthritis. Curcumin which is a polyphenol found in turmeric is a powerful anti-inflammatory agent and is effective in reducing pain, swelling, and stiffness in the patients suffering from arthritis.

Depression is a mental health condition which is more than just feeling sad or going through a rough phase. In most people, depression affects the way they function in their day to day life. Oxidative stress has been associated with various health problems and depression is one of them. Numerous researchers have suggested that there is a positive relationship between turmeric and depression. They showed that curcumin, which is an active substance in the turmeric can help in managing depression. Curcumin influences several biological mechanisms that are associated with major depression. It is highly believed that curcumin can be effective in treating and reducing the symptoms of major depression.

Diabetes mellitus is a metabolic disorder that is characterized by high blood sugar level that results from absolute or relative insulin deficiency. Insulin is an important hormone in the human body and it regulates the amount of glucose in the blood. Diabetes mellitus can occur due to two reasons. Firstly, when the pancreas in the body is unable to produce enough insulin. Secondly, when the pancreas in the body produces insulin but the body fails to use insulin effectively. Diabetes is associated with various complications. Turmeric is one of the best herbs that has received considerable attention for the management of diabetes and its complications. This is because curcumin is effective in reducing glycemia and hyperlipidemia. Curcumin has shown a significant result in preventing diabetes mellitus in pre-diabetes people and it improves the symptoms of diabetes in people having diabetes and also reduces the risk of developing complications associated with it.

Turmeric has shown to be one of the best foods for boosting the body’s capability to ward off infections and diseases.  The antioxidant properties flush out the body’s toxins and stabilize the free radicals. The antimicrobial, antibacterial and antiviral properties of the compound curcumin, prevent the advent and kill disease-causing bacteria and microorganisms. Turmeric allows the proper functioning of the digestive system and also supports the immune system’s protective capabilities to keep illnesses and disease at bay. In order to enhance one’s immunity, it is advised to consume at least half a teaspoon of turmeric in the daily diet. It is better to consume raw turmeric since cooking it might not render it that effective.

Since ancient times, turmeric has been used to get naturally conditioned and strong hair Cucurmin, present in turmeric is a promised compound in Indian Ayurveda for the treatment of hair and scalp related issues. Besides, it contains a number of nutrients that help the skin achieve an optimal level of health. Since turmeric enhances the immune system, it prevents hair loss due to autoimmune conditions. Besides, curcumin is associated with the healthy development of cells. It strengthens the hair follicles and nourishes them, leading to strong and moisturized hair. Nowadays many hair products use the benefits of turmeric in order to make them more effective.

Turmeric is one of the most used spices throughout the world. It is known to very few that turmeric can be used to treat various serious health issues. Share this post with your contacts to make them aware of the amazing health benefits of turmeric.