Exercise Induced Asthma- What You Should Know? 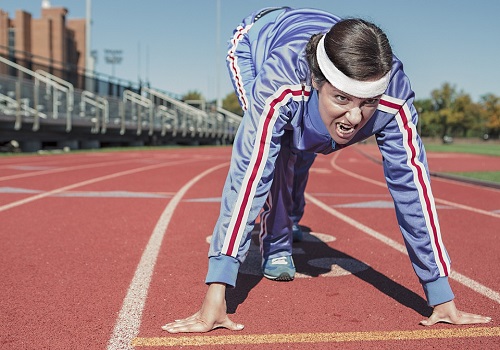 Sometimes, people feel exhausted and shortness of breath right after exercising. This is what you call exercise-induced asthma. It is asthma which has been triggered by prolonged and powerful exercise or more physical exertion. Airways are obstructed due to strong exercise and it is also denoted as exercise-induced bronchoconstriction. According to a study, around 90% of people with asthma will suffer from this disorder while exercising. It is one of the most common problems in teenagers and young people. While it generally occurs among asthma patients, it can also be experienced by someone who is completely alien to the respiratory disorder.

Why does it happen?

When a person normally breathes the air, it is first warmed up with the help of a nasal passage. Usually, people tend to breathe through their mouth whenever they exercise and they intake cold and drier air. They also breathe faster and deeper while exercising due to increased oxygen demands made by the body. Those exercises that are responsible for exposing you to dry and cold air are generally the cause of bronchoconstriction (which is called the airway narrowing). There are other things as well that trigger asthma-like pollen, dust particles, exposure to irritants like smoke, strong fumes, etc.

What are the symptoms of Exercise-Induced Bronchoconstriction(EIB)?

There are some symptoms on the display of which you get to know that there is something wrong with your respiratory system and you are more likely to have exercise-induced asthma:

These kinds of symptoms generally arise within 5 to 20 minutes of exercising. They do not occur immediately as you start working out. Sometimes, there is also a possibility that people experience the symptoms four to twelve hours after exercising. This case is less severe and usually takes 24 hours to resolve.

Should I stop exercising?

If you are suffering from exercise-induced asthma, that does not mean that you should immediately stop your physical work. There are some precautions that you may take before going to exercise which will allow you to maintain normal physical activities that you carry out every day.

Also Read: Asthma- Get aware of the chronic illness

How is the illness diagnosed?

It takes a long procedure to test whether a person is suffering from exercise-induced asthma or not:

Can it be prevented?

Exercise-induced asthma can be prevented if you take some safety measures into consideration. The market has introduced various medications as well as inhalers on an intake of which you could get relief from your breathing problems. Bronchodilators, also called asthma inhalers if used prior to exercising can prevent the symptoms. Some medications like Ventorlin inhaler, Albuterol, etc are short-acting beta-2 antagonists that can effectively be helpful in preventing the airways from contracting resulting in controlled asthma. These medicines are used for reducing the symptoms of asthma.

After taking medicines, it is not advised to start hard-core exercising immediately. First, do some warm-up exercises and after completion, it is necessary to cool down. You should also keep in mind not to get in much contact with pollen or dust particles. Also, do not exercise when you are exposed to the temperature that is dry or windy. During high air pollution levels, it’s best to restrict your exercise.

Some of the exercises that can be done:

There are also some exercises that do not require you to make more exertions that you can perform. Activities involve volleyball, gymnastics, baseball, walking, leisure biking.

Swimming is also a kind of sport that requires strong endurance and also done in a warm and moist air environment.