Everything About PCOS You Need To Know

Everything About PCOS You Need To Know

PCOS (Polycystic Ovary Syndrome) is a health problem with is affecting almost one in every ten women. In today's time, a high number of women are dealing with this health problem. It is a set of symptoms due to the presence of high level of androgens in females. Androgen is a hormone which regulates the development and maintenance of male characteristics. PCOS is said to be most common among women and the leading cause of poor fertility. It not only affects the reproductive system but its effects are seen on the whole body. It increases the risk of serious problems its consequences can be for a lifelong. 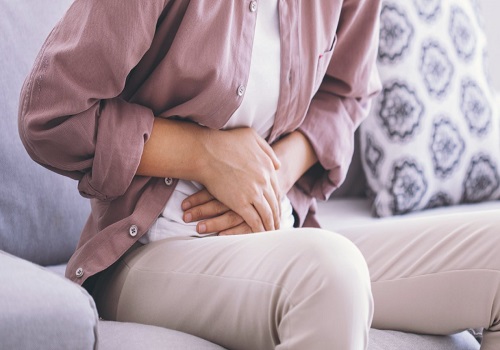 Insulin is a hormone that controls what we eat and converts it into energy. When the body doesn’t respond to insulin normally then the insulin in the blood level becomes higher. The excess level of insulin in the body is one of the causes of suffering from PCOS. PCOS is characterized due to the insulin resistance and most of the patients in this series are overweight and obese. Insulin resistance is a condition in which body doesn’t respond to insulin which leads to an increase in the level of glucose in the blood.

When the high level of androgens is present in women then it prevents ovaries from releasing an egg during each menstrual cycle.  An irregular menstrual cycle is one of the symptoms of PCOS.

Women too have androgens but when the level of this hormone becomes higher than normal then the problems with the ovaries start. In women, androgens are produced in ovaries, adrenal glands, and fat cells but it produces but the production of androgens in very little. It is said that it plays a key role in stimulating hair growth in pubic and underarm areas.

Hirsutism is excess body hairs in men and women on the parts of the body where there is no or minimal hair. An increase in facial and body hair is another symptom that is witnessed by most of the women who suffers from the problem of PCOS. This is a  serious effect of this disorder and women with PCOS often find growing hairs on the chin, face, back, neck etc..PCOS can lead to hair gain at any part of the body. High level of androgen causes unwanted hair growth.

3. A rapid increase in weight

Women who suffer from PCOS often see a rapid increase in their weight or their find it difficult to reduce weight. PCOS makes it difficult for a body to use insulin and convert the sugary fat from food into energy and thus lead to an increase in weight loss.

There is no definite cure for PCOS but women can manage the side effects of this disorder by adopting the healthy lifestyle. Consult with your doctor as he will prescribe you some medicines that can help you deal with this disorder. Some of the ways through which women can manage includes:

Long term side effects of PCOS

Once you are diagnosed with PCOS, you are likely to witness early warning signs of many health problems such as:

1. Obstructive sleep apnoea-  Sleep disorder is more common in obese women suffering from PCOS than women who are of normal weight.

3. Heart - Women with PCOS are nearly twice as likely to suffer from heart disease.

4. Diabetes - Women with PCOS has high chances of suffering from diabetes due to an increased sugar level in the body.

5. Depression - Psychological disorders may link with PCOS and can bring a change in the quality of life. Studies show that PCOS can have a negative impact on the psychological well being.

PCOS has become a common problem among women. Share these details with your family and friends to create awareness.