Be the first to review this product
As low as $58.90
Talk to Experts
Availability: IN STOCK SKU: CMS839
Rizact 10 Mg is used to treat acute attacks of Migraine. Buy now from our low priced online pharmacy with best price in USA and fast delivery
Wish List Compare
Skip to the end of the images gallery 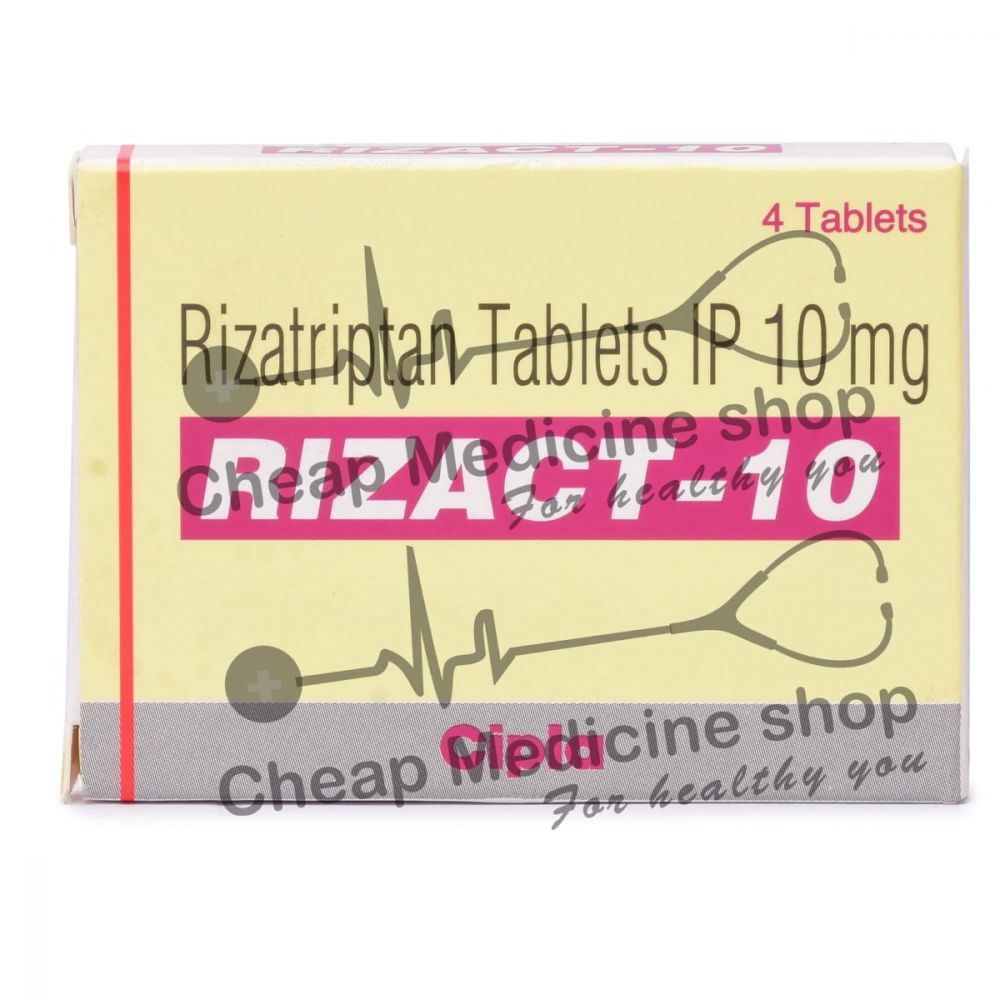 Skip to the beginning of the images gallery
Share 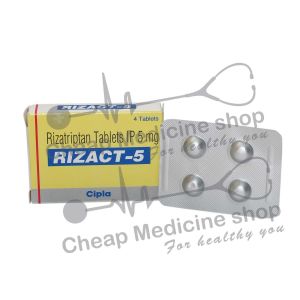 What Is The Generic Name For Rizact 10 Mg:

Rizatriptan is the generic version for Rizact 10 mg

Which International Brand is Equivalent To Rizact 10 mg (Rizatriptan):

Rizact 10 mg contains an active ingredient, Rizatriptan, which is used for the treatment of Migraine. You can buy it from all the leading pharmacy, drugstores and medical supply stores and can be given by doctor’s prescription only.

Cipla (India) is one of the leading pharmaceutical companies which manufacture Rizact 10 mg.

Rizact 10 mg contains an active ingredient, Rizatriptan, 10 mg which is available in the various strengths and substitutes at all the leading pharmacy, drugstores, and medical supply stores.

What Are The Uses Of The Rizact 10 Mg (Rizatriptan):

Rizact 10 mg is used in the treatment of:

Before You Use Rizact 10 Mg (Rizatriptan):

What Should You Avoid While Taking Rizact 10 Mg (Rizatriptan):

When Not To Use Rizact 10 Mg (Rizatriptan):

You should avoid Rizact 10 mg if you:

Tell Your Doctor If You:

Rizact 10 mg contains an active ingredient, Rizatriptan, which is used in the treatment of Migraine. Rizact 10 mg is available in various strengths and substitutes and should be given on prescription only. You should always consult your doctor for the duration of dosage as age and severity of the disease differ from person to person.

Adults are advised to take Rizact 10 mg at a fixed time, empty stomach. Do not consume larger or smaller amounts than Prescribed. Lying down in a quiet and dark room after you use Rizact may help to relieve the migraine.

How Much Of The Rizact 10 Mg (Rizatriptan) to Be Used:

Patients are always advised to follow their doctor’s prescriptions and instructions to take Rizact 10 mg. Do not exceed the dose on your own as it may result in adverse effects.

How To Take The Rizact 10 Mg (Rizatriptan):

Rizact 10 mg dose should be taken at a fixed time as directed by your doctor. You must swallow the tablet as a whole with water. Do not chew or crush it. It is better to take it empty stomach (1 hr. prior or 2 hr. after the meal).

For How Long Should You Continue Using Rizact 10 Mg (Rizatriptan)

You are always advised to take Rizact 10 mg as prescribed by your doctor. You are not advised to take it in a larger amount or for a longer time than recommended. To get relief from Migraine as soon as possible, you have to take the tablet as early as Migraine begins.

Contact your doctor immediately if you suspect an Overdose.

A missed dose of Rizact 10 mg should be taken as soon as you remember. Skip the dose if it is the time for the next dose. Do not double the dose for next time if you missed once.

What Are The Side Effects Of The Rizact 10 Mg (Rizatriptan)

What Are The Common Drug Interactions:

Few medicines have been reported to interact with Rizact 10 mg which can produce some adverse effects or cause your drug not to work properly. You should always tell your doctor if you are on Vitamins, other Drugs or Herbal Supplements. It interacts with the following medicines:

Rizact 10 mg should be used very cautiously in:

Store the Rizact 10 mg at room temperature in dark and dry place. Make sure the strip of the tablets should be intact and not damaged.

Review Form
Write Your Own Review

Disclaimer: The content on this page is meant for informational purposes and is not, under any circumstances, supposed to be treated as a substitute for any medical advice, diagnosis, or treatment. For any questions that you may have regarding a medical condition, it is advisable you consult your physician or seek help from a qualified health provider before you start medicating yourself. In case you have any concerns regarding the content on our website, please write to us at content@cheapmedicineshop.com