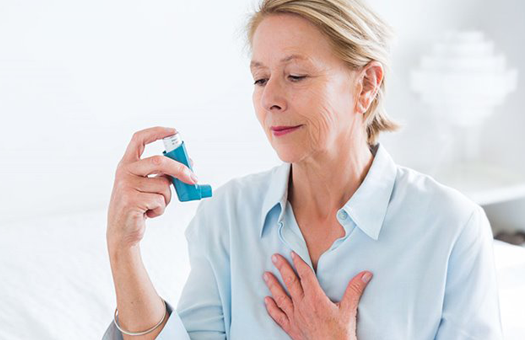 Asthma is a disease commonly called as a wheezing problem. It is a chronic inflammatory disorder of the airway characterised by hyper-responsiveness and obstruction of the airway in response to various stimuli. That is, ourRead more...

Asthma is a disease commonly called as a wheezing problem. It is a chronic inflammatory disorder of the airway characterised by hyper-responsiveness and obstruction of the airway in response to various stimuli. That is, our airway tries to wash away a small piece of dust by creating a huge flood in our lungs. And that like any other floods is a disaster to our body.

A combination of genetic and environmental factors make the airway respond to the following triggers.

On examination, the doctor would be able to identify the wheezing and prolonged expiratory phase. Signs of atopy, tachypnoea or accessory muscle use may be appreciated.

1. Allergic Asthma- Presents during childhood itself. Patient has other associated symptoms of allergy like eczema, allergic rhinitis, allergy to food items etc. The sputum examination in these patients would show increased number of eosinophils (a type of white blood cell involved in allergic conditions).

2. Nonallergic asthma- These patients will not have any allergic symptoms and their blood picture will not show any allergic parameters.

3. Late onset asthma- This is usually non-allergic in nature and common among adult females.

5. Asthma with obesity- In these patients, there are prominent airway symptoms despite inadequate inflammatory response.

The goals of therapy are

Side Effects of The Drugs:

Beta agonists cause tremors, palpitations, sudden hypokalemia resulting in major cardiac involvements and even death if not monitored. So, report to the doctor in case of such symptoms. Either changing the drug or decreasing dosage is the suggested alternative.

Steroids cause oral or submucosal candidiasis. Maintain good oral hygiene and gargle using salt water daily to prevent local infection. sodium and water retention, steroid induced psychosis, developing diabetes and hypertension, in the long run, are some of the many side effects of steroids.