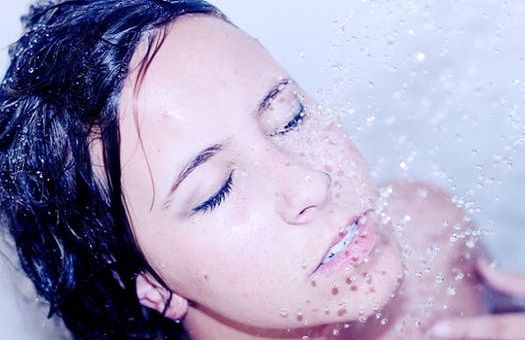 Acne is a very common problem faced by the adolescents. It is medically referred to as Acne Vulgaris. Acne is chronic inflammation of the pilosebaceous units. The condition is extremely common;  it generally starts after puberty and there are reports  of  it  affecting  over 90%  of  adolescents.  It  is  usually  most  severe  in  the  late teenage  years  but  can  persist  into  the thirties  and  forties, pa  Read more...

Acne is a very common problem faced by the adolescents. It is medically referred to as Acne Vulgaris. Acne is chronic inflammation of the pilosebaceous units. The condition is extremely common;  it generally starts after puberty and there are reports  of  it  affecting  over 90%  of  adolescents.  It  is  usually  most  severe  in  the  late teenage  years  but  can  persist  into  the thirties  and  forties, particularly  in females.  Acne vulgaris is most common between the ages of 12 and 20. It often begins around 10–13 years of  age, lasts for 5–10 years and usually resolves by age 20–25.

Infection of the pilosebaceous glands by propionibacterium acnes. Severity  of  acne  is  associated  with  sebum excretion  rate,  which  increases  at  puberty.  Both  androgens  and progestogens  increase sebum  excretion  and oestrogens  reduce  it,  although  the  hormonal  effects  may also  reflect  end-organ  sensitivity,  as  most  patients  have normal  hormone profiles. There  may  be  a  positive  family history; there is high concordance in monozygotic twins and  it  is  likely  that  genetic  factors  are  important  in  some families,  but  candidate  genes have  not  been  confirmed.

At allagens can have negative effects on self-esteem, but it is especially important to assess how it affects anadolescents. The consequences (whether acne is objectively severe or not)can be devastating, leading to embarrassment, school avoidance, life-long effects on ability to form friendships, attract partners, and acquire and keep employment.

Acne  usually  affects  the  face  and  often  the  trunk.  Greasiness  of  the  skin  may  be  obvious  (seborrhoea).  The  hallmark  is  the  comedone:  open  comedones  (blackheads) are  dilated keratin-filled follicles,  which  appear  as  black papules  due  to  the  keratin  debris;  closed  comedones (whiteheads)  usually  have  no  visible  follicular  opening and  are  caused  by accumulation  of  sebum  and  keratin deeper  in  the  pilosebaceous  ducts.  Inflammatory papules,  nodules  and  cysts  occur  and  may  arise  from comedones. Scarring  may  follow  deep-seated or  superficial  acne  and  may  be  keloidal.

There  are  distinct  clinical  variants:

Acne is a clinical diagnosis. But certain associated features can be investigated. Investigations  are  not  required  in  typical  acne  vulgaris. Secondary  causes  and  suspected  underlying endocrine disease or virilisation  should  be  investigated:

Mild  disease  is  usually  managed  with  topical  therapy.  If  comedones  predominate,  then  topical benzoyl  peroxide  or  retinoids  should  be  used.  Treatment should  initially  be  applied  at low concentrations  for short  duration  and  increased  as  tolerated.  Azelaic  acid may  also  be  useful  for  mild  acne.  Patients  with  mild inflammatory  acne  should  respond  to  topical antibiotics, such  as erythromycin  or  clindamycin,  which  can  be  used in  combination  with  other  treatments. For  moderate  inflammatory  acne,  a  systemic  tetracycline,  such  as oxytetracycline  or  lymecycline,  should be used  at  adequate  dose  for  3–6  months  in  the  first instance.  If  the  case  fails  to  respond, then  alternatives  include  erythromycin  or trimethoprim. Oestrogen-containing  oral  contraceptives  or  a combined  oestrogen/anti-androgen  (such  as  cyproterone acetate)  contraceptive  may  provide  additional  benefit  in women. Patients  should  be  referred  for  consideration  of isotretinoin  (13  cis-retinoic acid)  if  there  is  a  failure  to respond  adequately  to  6  months  of  therapy  with  these combined  systemic and topical  approaches.

Isotretinoin  has  revolutionised  the  treatment  of  moderate  to  severe  acne  that  has  not  responded  adequately  to other  therapies.  It  has  a  multifactorial  mechanism  of action,  with reduction  in sebum excretion  by  over  90%, follicular hypercornification  and  P. acnes  colonisation. A typical  course  lasts  for  4  months.  Sebum  excretion usually  returns  to  baseline  over the  space  of  a  year  after treatment  is  stopped,  although  clinical  benefit  is usually  longer-lasting.  Many  patients  will  not  require further  treatment,  although  a  second  or  third  course of isotretinoin  may  be  required.  A  low-dose  continuous  or intermittent-dose  regimen  may  be  considered  for  a longer  duration,  in  patients  who  relapse  after  a  higher dose  regimen. Combination  with  systemic  steroid  may be  required  in the  short  term  for  severe  acne,  in  order  to minimise  the  risk  of  disease  flare  early  in  the  treatment course. Thorough screening and monitoring are required, given  the  side-effect  profile  of isotretinoin.

Intralesional  injections  of  triamcinolone  acetonide  may be  required  for  inflamed  acne  nodules  or  cysts,  which can  also  be  incised  and  drained,  or  excised  under  local anaesthetic. Scarring  may  be prevented  by  adequate treatment  of  active  acne.  Keloid  scars  may  respond  to intralesional  steroid  and/or  silicone  dressings.  Carbon dioxide  laser, microdermabrasion,  chemical  peeling  or localised excision  can  also  be  considered  for  scarring. UVB  phototherapy  or  PDT  can  occasionally  be  used  in patients  with  inflammatory acne  who  are  unable  to  use conventional  therapy,  such  as isotretinoin.  There  is  no convincing  evidence  to  support  a  causal  association between  diet  and  acne.