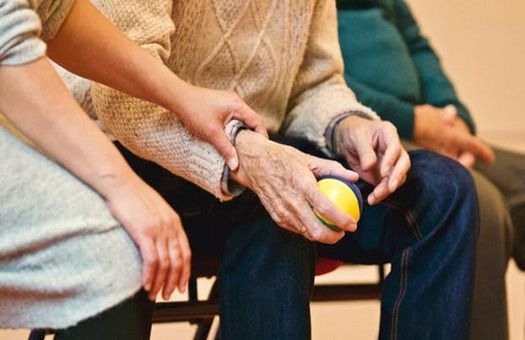 Parkinson's disease (PD) is a neurodegenerative disorder that affects predominantly dopamine-producing (“dopaminergic”) neurons in a specific area of the brain called the substantia nigra. Parkinson's disease mostly affects older people but can also occur in younger adults. Parkinson's disease usually begins between the ages of 50 and 65, striking about 1% of the population in that age group; it is slightly more common in men than in women.

In Parkinson's disease, certain nerve cells (neurons) in the brain gradually break down or die. Many of the symptoms are due to a loss of neurons that produce a chemical messenger in your brain called dopamine. When dopamine levels decrease, it causes abnormal brain activity, leading to signs of Parkinson's disease.

The cause of Parkinson's disease is unknown, but several factors appear to play a role, including:

The primary symptoms of Parkinson's disease are all related to voluntary and involuntary motor function and usually start on one side of the body. Symptoms are mild at first and will progress over time. Some individuals are more affected than others are. Studies have shown that by the time that primary symptoms appear, individuals with Parkinson's disease will have lost 60% to 80% or more of the dopamine-producing cells in the brain. Characteristic motor symptoms include the following:

While the main symptoms of Parkinson's disease are movement-related, progressive loss of muscle control and continued damage to the brain can lead to secondary symptoms. These vary in severity, and not every individual will experience all of them. Some of the secondary symptoms include:

There are no fool-proof ways to prevent PD, as its symptoms are not visible for a long time. However, the following measures can be useful to prevent it to an extent.

Researchers may disagree on the number of stages of Parkinson’s disease (range from 3-5 stages), however, they all agree that the disease is progressive with symptoms that usually occur in one stage, and may overlap or occur in another stage. The stage increase in number value for all stage naming systems reflect the increasing severity of the disease. The stages used by the Parkinson’s Foundation will be reviewed.

Stage 1: Mild symptoms (tremors and/or movement symptoms like swinging arm while walking) do not interfere with daily activities and occur on one side of the body.

Stage 2: Symptoms worsen with walking problems and both sides of the body are affected.

Stage 3: Main symptoms worsen with loss of balance and slowness of movement.

Stage 5: The caregiver is needed for all activities. The individual may not be able to stand or walk and maybe bedridden and have hallucinations and delusions.

You can buy antiparkinson drugs online from any drug store or online pharmacy. Make sure to only use high-quality drugs from a reliable online drugstore. Failing to do so may result in adverse effects on your body.