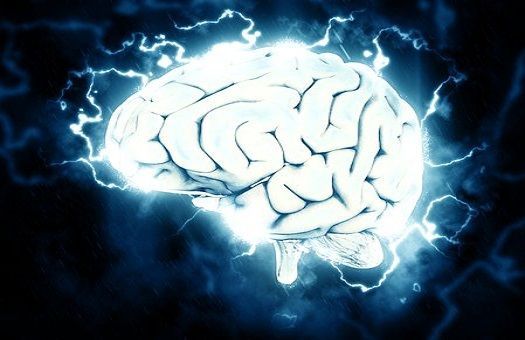 Epilepsy is a chronic disorder that causes unprovoRead more...

Epilepsy is a chronic disorder that causes unprovoked, recurrent seizures. A seizure is a sudden rush of electrical activity in the brain. There are two main types of seizures. Generalized seizures affect the whole brain. Focal, or partial seizures, affect just one part of the brain. A mild seizure may be difficult to recognize. It can last a few seconds during which you lack awareness. Stronger seizures can cause spasms and uncontrollable muscle twitches and can last a few seconds to several minutes. During a stronger seizure, some people become confused or lose consciousness. Afterward, you may have no memory of it happening.

Seizures are the only symptom of epilepsy. Epilepsy is defined as having "two or more unprovoked seizures," according to Johns Hopkins Medicine.

Some people have a single seizure or seizures that are not linked to epilepsy. According to the United Kingdom's Epilepsy Society, nonepileptic seizures are not due to electrical activity in the brain. The causes can be physical, emotional, or psychological.

There are also different types of seizures. Seizures may vary between people with epilepsy, so in two individuals, the condition may look different. For this reason, it can be called a spectrum disorder.

For 6 out of 10 people with epilepsy, the cause can’t be determined. A variety of things can lead to seizures.

Seizures are the main symptom of epilepsy. Symptoms differ from person to person and according to the type of seizure.

The impact on these areas of life will depend largely on the frequency and severity of seizures. Epilepsy can affect various aspects of a person's life, including:

Here are some tips that may help reduce your risk of having an epilepsy seizure:

Until more is known about the causes of epilepsy and how it can be prevented, your best bet to prevent seizures associated with epilepsy is to avoid the things that can trigger your seizures. This can make a measurable difference in the number of seizures you have.

MYTH: Epilepsy is a form of spiritual possession.

FACT: Although most people have long recognized that epilepsy is not a form of possession, some cultures still believe this. Epilepsy organizations are working hard to educate all people that epilepsy is a medical condition, a disorder of the brain that causes sufferers to have recurrent seizures.

FACT: Epilepsy is not contagious and cannot be ‘caught’ by coming into contact with someone who has seizures, just as diabetes or high blood pressure are not contagious.

MYTH: You are born with epilepsy. The cause is genetic.

FACT: Anyone can develop epilepsy at any time. Some people are born with it, whereas others have their very first seizure in middle age. While genetics can play a factor, there are other more common causes of epilepsy, such as head trauma, brain tumor or lesion and stroke. In about 60-70% of the cases, the cause of epilepsy is not known.

FACT: People with epilepsy on average have the same level of intelligence as those without epilepsy. Learning can be made more difficult if seizures are frequent, or if medication has very pronounced side effects, such as causing drowsiness and excessive fatigue. However, epilepsy typically does not cause lower intelligence. In fact, some very talented and brilliant people have epilepsy, including some pretty influential historical figures such as Sir Isaac Newton, Vincent Van Gogh, Ludwig van Beethoven, Agatha Christie, and Napoleon.

FACT: You’ve probably guessed by now that having epilepsy doesn’t preclude someone from doing well at school, excelling in the workplace, having a family and leading a busy life. Epilepsy is a medical condition that can be managed and therefore people with epilepsy can often lead normal lives.