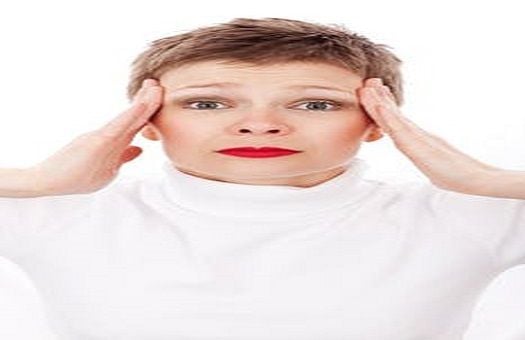 Migraines are characterized by severe head pain often accompanied by other symptoms, which can be disabling in nature. These migraine symptoms include but are not limited to: nausea, vomiting, difficulty speaking, numbness or tingling, and sensitivity to light and sound. Migraines often tend to run in families, and recent research has identified certain genetic components. Migraines can affect people of all ages and often go undiagnosed in young children.

The duration of a migraine attack can vary, however most migraine attacks will last at least four hours. If you are experiencing symptoms for more than three days, you should seek help from your physician or visit the Emergency Room.

The cause of migraines is not yet known.

It is suspected that they result from abnormal activity in the brain. This can affect the way nerves communicate as well as the chemicals and blood vessels in the brain. Genetics may make someone more sensitive to the triggers that can cause migraines.

However, the following triggers are likely to set off migraines:

Some people experience other symptoms such as sweating, temperature changes, stomach ache, and diarrhea.

It’s important to learn to spot the signs and triggers of your migraine to help prevent them. The easiest way of doing this is by keeping a diary about your migraines.Keeping active by doing 30 minutes of exercise of moderate intensity on five or more days a week may also help prevent migraines. There are also certain drugs meant for the prevention of migraine. Make sure you use only high quality drugs in your treatment. Do not buy anti-migraine online from an online pharmacy, if you are not sure about its effects on your body.

Migraines are often managed through a course of medication. There are many different types of migraine medication, including painkillers.

Painkillers should be taken early in the progress of a migraine rather than allowing the headache to develop.

Other painkillers, such as aspirin with caffeine and acetaminophen, can often stop the headache or reduce pain.

How to differentiate between migraine or a different type of headache

No specific physical findings are found when patients are experiencing a routine migraine headache. If an abnormality is identified on physical examination, there should be suspicion of another cause for the headache.

According to the International Classification of Headache Disorders 3 (ICHD) criteria for migraine without aura, a patient must have had at least five headache attacks fulfilling the following criteria:

MYTH: A migraine is just a big headache

FACT: Headache is just one of the symptoms associated with migraines. Other symptoms are neck pain, nausea, sensitivity to light and sound. During a migraine attack, the person can become unable to function normally.

MYTH: Only women suffer from migraines

FACT: Both, men and women, can get migraine attacks. In fact, according to researches, migraines affect 1 out of 7 women and 1 out of 18 men. It’s just the hormonal changes in women that explains why migraines are more common among women than men.

MYTH: A migraine can be caused by depression or anxiety

FACT: Although there may be some links between migraines and psychological health, it is not caused by depression or anxiety. However, depression and anxiety can increase the number of attacks and cause severe pain.

MYTH: There is no cure for migraines. i have to endure my pain

FACT: It is a fact that there is no cure for migraines. But, it is also a fact that you can control them. There are few medications and healthy lifestyle habits that can help control migraine attacks.

MYTH: I shouldn’t do too much physical exercise, if i have migraines

FACT: Regular exercise can help control migraines. However, if you notice that physical exercise is triggering migraines, consult a doctor immediately.

MYTH: Children are not affected by migraines

FACT: Migraines can affect children. However, migraines in children may not last as long as those in adults.

MYTH: Migraines occur due to strong pressure in the head’s blood vessels

FACT: Few years back, it was believed that migraines occur due to strong pressure in the head’s blood vessels. However, now it is believed that an abnormal reaction in the brain’s neurons causes migraines.