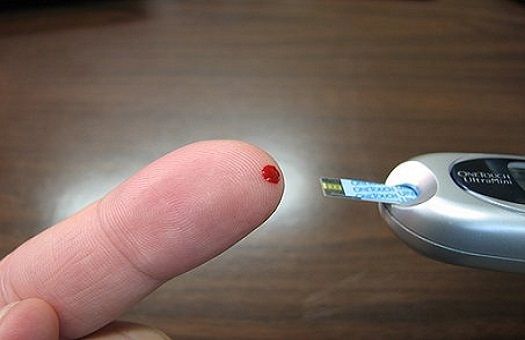 Diabetes is the term common to two different clinical entities called Diabetes Mellitus and Diabetes Insipidus but in common language, owing to the widespread prevalence of the disease, the term is generally used to refer to Diabetes Mellitus. Diabetes Mellitus is a lifestyle disease which is characterised by prolonged states of hyperglycemia or in simple terms high blood sugar level due to either decreased insulin secretion or de  Read more...

Diabetes is the term common to two different clinical entities called Diabetes Mellitus and Diabetes Insipidus but in common language, owing to the widespread prevalence of the disease, the term is generally used to refer to Diabetes Mellitus. Diabetes Mellitus is a lifestyle disease which is characterised by prolonged states of hyperglycemia or in simple terms high blood sugar level due to either decreased insulin secretion or defective insulin action at the receptor level resulting in major systemic complications. It is so common these days that whenever somebody is provided coffee, their diabetic status is enquired about.

It is a type of Diabetes in which there is a total lack of Insulin in the patients. It may be due to the destruction or absence of beta cells of the pancreas resulting from various causes. It was previously called as Insulin-dependent diabetes mellitus because the patients are completely dependent on insulin therapy. It forms a very small fraction of the total Diabetic population but comprises of young individuals even children who present with life threatening complications.

This is the most common diabetes mellitus prevalent among the population. It is due to the resistance of Insulin receptors towards the secreted insulin. This, in turn, results in increased secretion of insulin resulting in both hyperglycemia and hyperinsulinemia which terminates in a number of complications.

Gestational Diabetes mellitus is diabetes developing during pregnancy. That is the state of carbohydrate intolerance with the onset or the first recognition during pregnancy. Gestational Diabetes mellitus is associated with a lot of obstetric and neonatal complications. Hence, it has to be screened for, diagnosed at the appropriate time and treated adequately.

It is a type of Diabetes Mellitus which is characterized by the presence of a specific type of mutation in the genetic makeup. The common mutations are HNF1 alpha, HNF4 alpha, HNF1 beta, and glucokinase.

It is not as such a type of Diabetes Mellitus but it is one of the names of hemochromatosis. It is called so because of the skin hyperpigmentation (bronze) and hyperglycemic status (diabetes).

It is the state of hyperglycemia produced due to some problem in a pea-sized gland called as pituitary gland inside the skull.

The Causse of Diabetes Mellitus:

There are various causes for Diabetes Mellitus, but the most common ones are:

1. Diabetic Ketoacidosis: This is a very common and dangerous complication of high blood sugar levels. Very high levels of blood glucose which might be undiagnosed primarily or which might also be due to the abrupt cessation of insulin or insulinaemicdrugs, infection or myocardial infarction or cerebrovascular accidents, etc. The patient may experience giddiness, collapse, difficulty in breathing and a fruity odor in breathing. The patient has to be immediately hospitalized and treated with fluids, insulin infusion and blood glucose monitored minute to minute. The insulin has to be titrated and an optimum dose at which the blood glucose remains at an optimum level is found out and maintained. The precipitating factor has to be addressed.

2. Hyperosmolar Coma: this is similar in presentation to diabetic ketoacidosis except for the fact that the urine ketones would be negative.

3. Hypoglycemia: it is a paradox that the most common acute complication of Hyperglycemia  (diabetes mellitus) is hypoglycemia because the tissues don't get adequate glucose because of either lack of or resistance to insulin, the tissues experience hypoglycemia. This manifests as sweating, giddiness, blackouts, etc. The treatment is some kind of glucose supplement. If not IV dextrose, simple chocolate orally would save the life of the patient.

1. Diabetic Nephropathy- The kidney goes in for failure slowly because of the pathological changes taking place at the level of blood vessels. ACE inhibitors like enalapril, captopril, lisinopril, fosinopril or Angiotensin Receptor Blockers like Telmisartan, irbesartan, azilsartan etc.  can help to delay or even repair the changes causing diabetic nephropathy. It is assessed using the presence of microalbuminuria.

2. Diabetic Retinopathy- Long standing diabetes causes rapid changes in the eye power, predisposes to cataract etc but most importantly it causes microvascular bleeds resulting in diabetic retinopathy. It is one of the preventable causes of blindness.

3. Diabetic Neuropathy- Pin pricking sensation of the foot, feeling as if walking on a cotton floor etc. are some of the features of Diabetic neuropathy.

4. Diabetic Foot Ulcer- It may be due to changes in blood vessels or the nerves resulting in wounds which delays healing resulting in infections.

The most important part of treatment for Diabetic Mellitus is Lifestyle Modifications including diet.

2. Split meals into small frequent ones.

4. A Brisk walk of 30 minutes for three days a week is recommended.