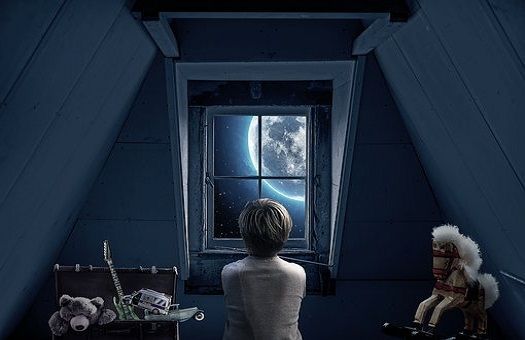 Alzheimer's disease is a neurological disorder in which causes the death of brain cells and results into memory loss and cognitive decline. It is diagnosed in about 70% cases of dementia in United States, and iRead more...

Alzheimer's disease is a neurological disorder in which causes the death of brain cells and results into memory loss and cognitive decline. It is diagnosed in about 70% cases of dementia in United States, and is the most common type of dementia.

Death of brain cells causes memory loss and cognitive decline.It is the most common type of dementia, accounting for 60 to 80 percent of cases of dementia in the United States.In 2013, 6.8 million people in the U.S. had been diagnosed with dementia. Of these, 5 million had a diagnosis of Alzheimer's. By 2050, the numbers are expected to double.

It happens when plaques containing beta amyloid form in the brain. As symptoms worsen, it becomes harder for people to remember recent events, to reason, and to recognize people they know.At first, symptoms are mild, but they become more severe over time.

Although the causes of Alzheimer's aren't yet fully understood,Alzheimer's disease is caused by a combination of genetic, lifestyle and environmental factors that affect the brain over time.

There's no specific test today that confirms you have Alzheimer's disease. Your doctor will make a judgment about whether Alzheimer's is the most likely cause of your symptoms based on the information you provide and results of various tests that can help clarify the diagnosis.Your doctor will perform a physical exam, and is likely to check your overall neurological health by testing your:

Myth: Memory loss is a natural part of aging.

Fact: As people age, it's normal to have occasional memory problems, such as forgetting the name of a person you've recently met. However, Alzheimer's is more than occasional memory loss. It's a disease that causes brain cells to malfunction and ultimately die. When this happens, an individual may forget the name of a longtime friend or what roads to take to return to a home they've lived in for decades. Sometimes the problems are caused by medication side effects, vitamin deficiencies or other conditions and can be reversed with treatment. The memory and thinking problems may also be caused by another type of dementia.

Myth: Alzheimer’s disease is not fatal.

Fact: Alzheimer's disease has no survivors. It destroys brain cells and causes memory changes, erratic behaviors and loss of body functions. It slowly and painfully takes away a person's identity, ability to connect with others, think, eat, talk, walk and find his or her way home.

Myth: Only older people can get Alzheimer's

Myth: Drinking out of aluminum cans or cooking in aluminum pots and pans can lead to Alzheimer’s disease.

Fact: During the 1960s and 1970s, aluminum emerged as a possible suspect in Alzheimer’s. This suspicion led to concern about exposure to aluminum through everyday sources such as pots and pans, beverage cans, antacids and antiperspirants. Since then, studies have failed to confirm any role for aluminum in causing Alzheimer’s.

Expected Side Effects Of Treatment

Common side effects include the following: