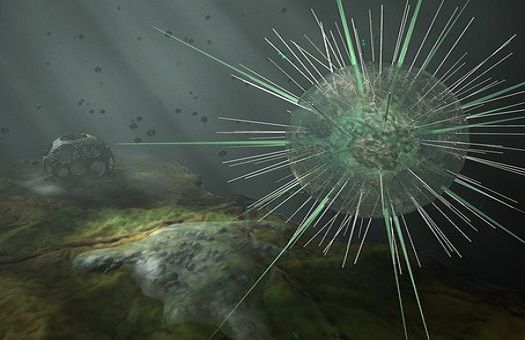 Amoebiasis is a common infection of the human gastroRead more...

Shop By
Shopping Options
Manufactured by
View as Grid List

Amoebiasis is a common infection of the human gastrointestinal tract.  Amoebiasis is more closely related to poor sanitation and socioeconomic status than to climate. It has worldwide distribution. It is a major health problem in China, South East and West Asia and Latin America, especially Mexico.

Amoebiasis is a disease caused by the parasite Entamoeba histolytica. Only about 10% to 20% of people who are infected with E. histolytica become sick from the infection.

Amoebiasis is caused by parasite Entamoeba histolytica. Several protozoan species in the genus Entamoeba colonize humans, but not all of them are associated with disease.  It exists in two forms- Vegetative (trophozoite) and cystic forms (cyst). Trophozoites multiply and encyst in the colon. The cysts are excreted in stool and are infective to humans. Cysts remain viable and infective for several days in faeces, water, sewage and soil in the presence of moisture and low temperature.

The incubation period for E histolytica infection is commonly 2-4 weeks but may range from a few days to years.

The use of night soil for agricultural purposes favours the spread of the disease. Epidemic/ outbreaks (occurrence of more cases of a disease than would be expected in a community or region during a given time period) are usually associated with sewage seepage into the water supply.

In typical Amoebiasis cases, which comprise 90% of contaminated individuals, symptoms generally appear within 7 to 30 days after contamination. A person with Amoebiasis will experience severe amoebic dysentery, which is indicated by abdominal cramping, diarrhea, stool that is accompanied by blood or mucus, nausea and vomiting, loss of weight, and an intermittent fever. Patients may also experience symptoms that are vague and not specific to the ailment itself.

The incubation period of Intestinal Amoebiasis can vary, ranging from a few days to months or years but is 1 to 4 weeks. The wide spectrum of intestinal infection ranges from asymptomatic to transient intestinal inflammation to severe colitis with an array of manifestations that may include toxic megacolon and peritonitis.

These are secondary to severe toxemia (affects pregnancy) perforation of the bowel, toxic megacolon, rupture of the hepatic abscess, lung, peritoneum, pericardium, skin and subcutaneous tissue. Extra-intestinal spread in the brain and bones is uncommon. Formation of a granuloma in the stomach wall mimicking a malignant growth, the Ameboma, is also not common. Rarely, a large hepatic abscess producing obstructive jaundice can occur. Fever, Leukocytosis with elevated polymorphs, the rise in hepatic enzymes and serum bilirubin are the additions of the complications.

Amoebiasis can be prevented and controlled both by non-specific and specific measures.

Gastrointestinal amebiasis is treated with nitroimidazole drugs, which kill amoebas in the blood, in the wall of the intestine and in liver abscesses. These drugs include-

You need to consult a doctor to decide dosage for these drugs. For children, it depends on their weight. However, if you use these drugs regularly, you can buy Anti-amebics online from a reputed online pharmacy as well.

MYTH: Fiber is not good for diarrhoea, as it is for constipation

FACT: Fibre is good for both constipation and diarrhoea. You must just be careful that soluble fibre makes stool harder while the insoluble form makes the stool loose. So, while suffering from diarrhoea, you can opt for soluble fibre like cooked beans, peas, oat bran and peeled fruits.

MYTH: If you have diarrhoea, you should not eat anything.

FACT: If you have diarrhoea, do not starve yourself as it may lead to weakness. Special care should be provided to children with diarrhoea, and they should be fed light food every 3-4 hours.