As low as $84.10
In stock
SKU
CMS564
Talk to Experts
Availability: IN STOCK SKU: CMS564
Viral infections caused by viruses such as herpes zoster, herpes simplex can be treated by Valcivir 1000 Mg. Buy from our online medicine shop in usa.
Skip to the end of the images gallery 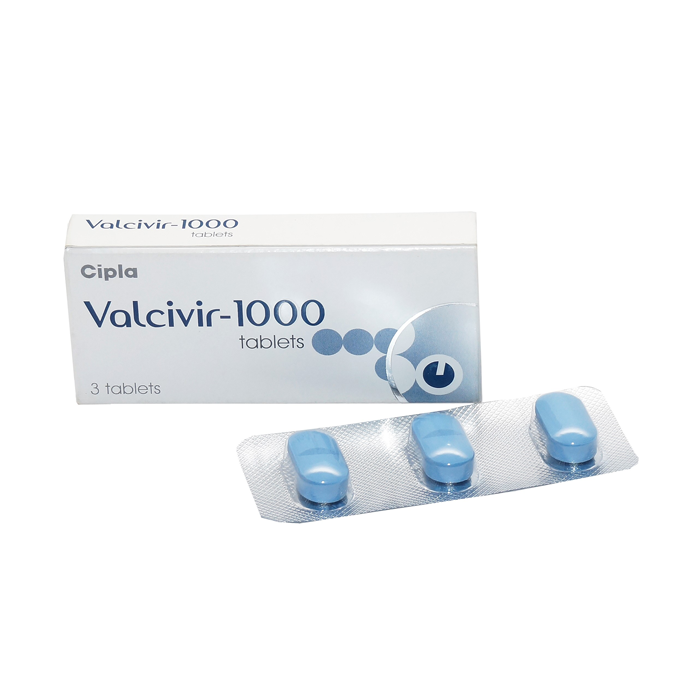 Valcivir 1000 is a brand of Valacyclovir salt in the strength of 1000 mg manufactured by Cipla in India. Cipla Limited is an Indian multinational pharmaceutical and biotechnology company, headquartered in Mumbai, India. Cipla employs hand-picked professionals not just for their knowledge and experience but for their zeal to make a difference to the world of healthcare.

USA brand equal to Valcivir 1000 is Valtrex manufactured by GlaxoSmithKline.

Uses of Valacyclovir the salt in Valcivir 1000

It is used mainly for viral infections such as,

Valcivir 1000 contains Valacyclovir which is a prodrug of acyclovir. The mechanism of action of the same is by blocking the DNA formation and growth of the virus. It leads to breakage in DNA replication. This prevents the spread of the virus. Valcivir 1000 is an effective drug for use in infections as stated above.

Valcivir 1000 is available in Strength of 1000 mg of Valacyclovir.

The dose of the drug Valcivir 1000 depends upon the infections. Such as for Cold sores the dosage mainly is around 2000 mg every 12 hours in 1 day. For infections such as herpes zoster, the treatment dose is around 1 gm three times a day for 7 days. Consult your doctor for effective dosage for your respective conditions.

Valcivir 500 shall be taken with or without food. The dose shall be adjusted according to your doctor consultation.

Side Effects or Adverse Effects

Mainly side effects occur which varies from patient to patient. Serious side effects range from bleeding to easy bruising, red spots on the skin, weakness, fainting and pale or yellow skin.

How long Valcivir 500 should be continued?

Valcivir 1000 is drug with some serious complications; however, it shall be continued only after doctor consultation. Your doctor will advise you, when to take and when not to take the drug or medicine.

Take medicine as soon as you remember you have missed the dose. Consult your doctor, if you have been missing the dose often.

Proven drug interactions have been reported with the use of medicine Valacyclovir. These include Probenecid, Cimetidine etc.

When not to take Valcivir 1000

General information regarding use of Valcivir 1000

If you have been on medicines other than valcivir, consult your doctor immediately. Avoid taking an overdose if you have missed the dose.